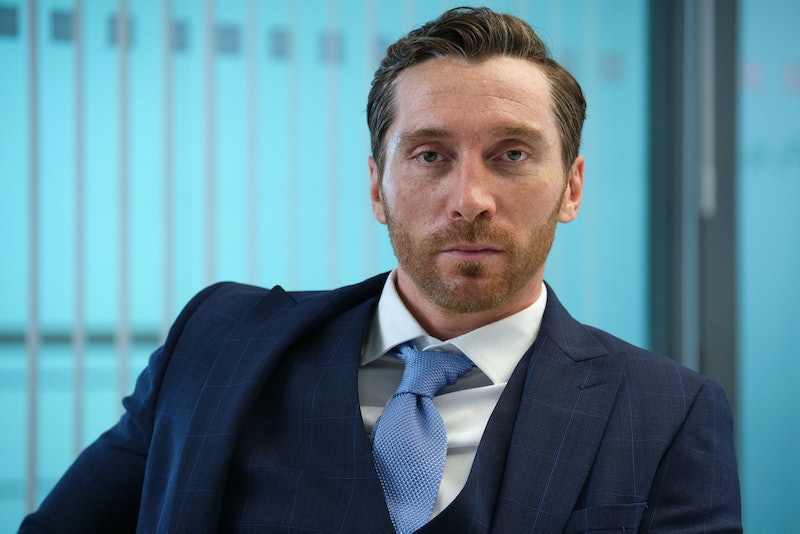 Set in a family-run business in the North West, BBC One’s upcoming thriller Rules Of The Game (Jan. 11) tackles inappropriate sexual behaviour in the modern workplace. Boasting a “glorious cast” of many familiar faces in British television, the four-part series stars TV favourite, Maxine Peake, as a hard-headed manager forced to reckon with her business’ dodgy past. While Rules Of The Game features a strong female line-up, who is Ben Batt, the actor who plays company owner Owen Jenkins?

Born in Wigan, the actor is no stranger to the world of TV and film. His acting CV spans both Hollywood and British titles such as Captain America, Scott & Bailey, Our Girl, Wire In The Blood, and perhaps his most notable role in Shameless as Joe Pritchard. Batt also took on the lead role in 2017’s detective drama In The Dark, as well as BBC’s The Village.

The actor, who also cut his teeth in soaps such as Casualty, wasn’t always bound for television. According to his IMDB bio, Batt had plans to be a rugby player, playing for Orrell, Lancashire and for England Schoolboys, however, at age 17, he broke his leg in three places and decided to try his hand at acting.

Clearly, the career change was a smart move as he has been able to enjoy a breadth of roles, from an Enlistment Office MP in Marvel superhero film Captain America to a lieutenant to the Roman emperor Augustus Caeser in Sky’s period drama, Domina.

Of course, Batt is soon to star in Rules Of The Game alongside fellow northern actor Peake, who he’s worked with before in a 2016 theatre production of A Streetcar Named Desire.

At the time, the proud Northerner explained to Northern Soul magazine how their roots impacted their acting careers.

“I really am a proud Northerner,” he said. “I think me and Maxine [Peake] have that in common. I’m very close to where I come from. If you’re not careful, you can feel the pressure to pretend to be somebody that you’re not within the acting world. Some of it can be quite reverential and a bit serious. That was never the reason I got into it. I’ve always been a Wiganer and I will always be a Wiganer.”

Glimmers of their friendship can be seen on Instagram, where Batt shares fun BTS photos of himself and Peake in hair and makeup. As far as Batt’s relationships, he appears to keep his private life, well... private. But, it’s widely known that he met his wife, Shameless star Rebecca Atkinson, on the set of the iconic series when they were playing ­lovers Karen Maguire and Joe Pritchard, and per, Lancashire Live, they have a son, Jack Batt.

More like this
Con O'Neill Was Connected With Sarah Lancashire Long Before 'Happy Valley'
By El Hunt
Claire Foy Spoke Out About 'The Crown's Gender Pay Gap
By Sam Ramsden
Olivia Colman Stars In First-Look Trailer For BBC's 'Great Expectations'
By Sabah Hussain and Sam Ramsden
Armani Jackson Is Following In His Famous Actor Sister’s Footsteps
By Catharina Cheung
Get The Very Best Of Bustle/UK
Sign up for Bustle UK's twice-weekly newsletter, featuring the latest must-watch TV, moving personal stories, and expert advice on the hottest viral buys.