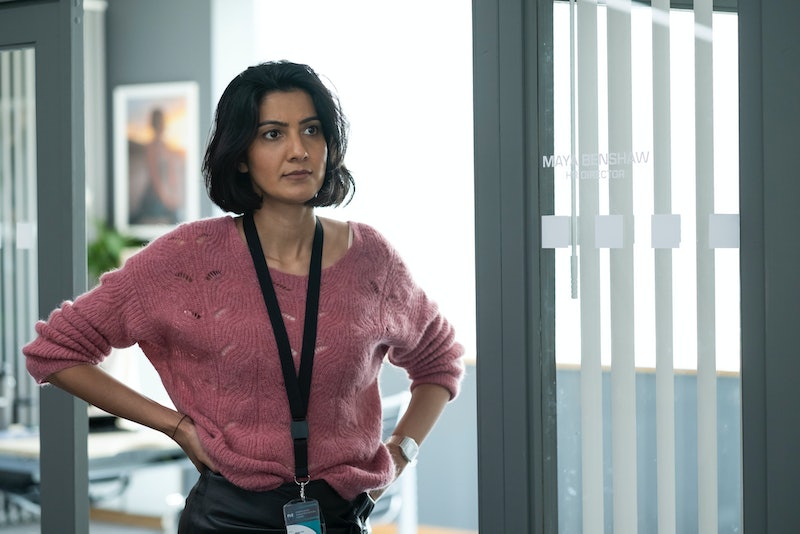 BBC’s new brand new thriller Rules Of The Game is set to explore the complexities of sexual politics within the modern workplace. Starring Maxine Peake as a ruthless manager at a family-run business, the company in question is rocked when it is forced to address its toxic behaviour and murky past when a dead body appears in the office reception. The four-part series, boasting a talented female-led cast, is said to be inspired by the #MeToo movement, but is Rules Of The Game based on a true story?

In short, no. But while Rules Of The Game may not be based on one true story, its overarching themes of sexual harassment, toxic work environments, and misogyny are sadly inspired by very real experiences that many face on the daily. As the series creator, Ruth Fowler explained, “many women’s experiences, including my own, inspired this fictional show...”

Fowler shared that she had wanted to write a series about sexual assault since 2010, but until the Me Too movement in 2017, her ideas were considered “too dark. Too nasty. Too unpleasant. Too shocking.”

In 2017 film producer Harvey Weinstein was widely accused of sexual assault and harassment, and the phrase coined by Tarana Burke became the what we know know as the Me Too movement worldwide. As Fowler writes, “the politics of being a woman in a man’s world had never really interested us until Harvey Weinstein went down for it, and then suddenly everyone wanted to know the gory details.”

Years after the initial scandal took place, Fowler said she was “more than ready” to write about #metoo in the setting of a fictional British workplace, and Rules Of The Game will cleverly highlight the “grey areas” and “complicity” that leads to many victims not being ignored, listened to or believed.

As the synopsis details, Rules Of The Game sees ruthless and abrasive COO Sam (Maxine Peake) clash with Maya, the newly hired HR Director, played by Sex Education’s Rakhee Thakrar, who begins to unpick the toxic culture of the workplace. Maya soon digs up some dark secrets, and the company is further rocked by a sudden terrible death on company premises.”

For Fowler, the character of Sam was particularly important to write. “I’d spent my entire life waiting for this moment to create Sam – a woman who had clawed her way to the top, and had been used and abused as much as she had used and abused others,” the writer shared.

Rules Of The Game’s star Maxine Peake has praised both Fowler, and director, Jennifer Sheridan, for sensitively tackling the subject of sexual politics in the workplace. In a statement, the actor added: “...reminded me once again why we need to keep fighting for more women to have a voice in the filmmaking process.”

More like this
ITV's 'Maternal' Was Inspired By A Very Simple – & Unanswerable – Question
By Maxine Harrison
The Banned 'Friends' Ad Shows Monica As You’ve Never Seen Her Before
By Sam Ramsden
Con O'Neill Was Connected With Sarah Lancashire Long Before 'Happy Valley'
By El Hunt
'Bridgerton' S3 Will Show A *Very* Different Side To Kanthony
By Sam Ramsden
Get The Very Best Of Bustle/UK
Sign up for Bustle UK's twice-weekly newsletter, featuring the latest must-watch TV, moving personal stories, and expert advice on the hottest viral buys.