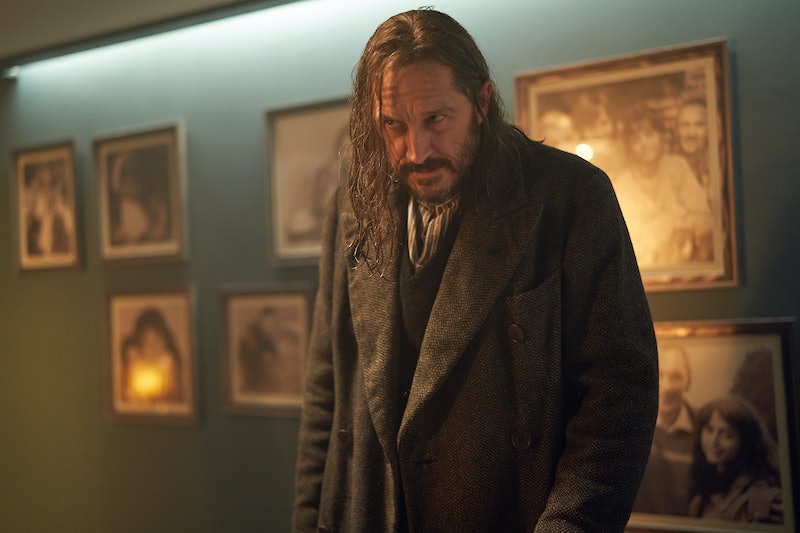 ITV's The Sister has captivated audiences this week. The psychological thriller concludes tonight, Thursday Oct. 29, and we all can't wait to see what happens. One character who's really caught our eye is Bob, played by Bertie Carvel. But who is Bertie Carvel? You may recognise the actor's face, despite his transformation into the long-haired, creepy character.

Most likely, you will have seen Carvel in Doctor Foster, in which he played cheating husband Simon. He's also been in Jonathan Strange & Mr Norrell, where he played magician Strange. As well these larger roles, he's also had cameos in 2012's big screen adaptation of Les Miserables and episodes of Doctor Who and The Crown.

He has previously explained that he particularly enjoys taking on roles where the characters have their flaws. "I like the idea of playing characters who are massively chipped because it’s easier to find the gnarly bits that make them feel satisfyingly real," Carvel told The Guardian.

Carvel is a London native who surprisingly got his big break on the theatre stage as Miss Trunchbull in Matilda the Musical. This was following formal acting training at the Royal Academy of Dramatic Arts (2000-2003), where he graduated with the likes of Ben Whishaw, Edmund Kingsley and Kate Miles. He also has an English Degree from the University of Sussex.

In terms of Carvel's personal life, he married partner Sally Scott in 2019. According to The Sun, they had been dating for ten years before their nuptials. Carvel has previously told The Times that the pair met through mutual friends. Scott is also a fellow actor, and the pair recently welcomed their first child during the coronavirus lockdown in 2020.

Carvel is practically unrecognisable in The Sister, wearing a long wig and straggly beard. He plays Bob, a character who makes an unwelcome return into the life of lead character Nathan (played by Russell Tovey) after many years. He brings with him some shocking news, which shifts Nathan's world significantly and leads to a dramatic state of affairs.

You can watch the last episode of The Sister on ITV tonight, and catch up on all three previous episodes on the ITV Hub.