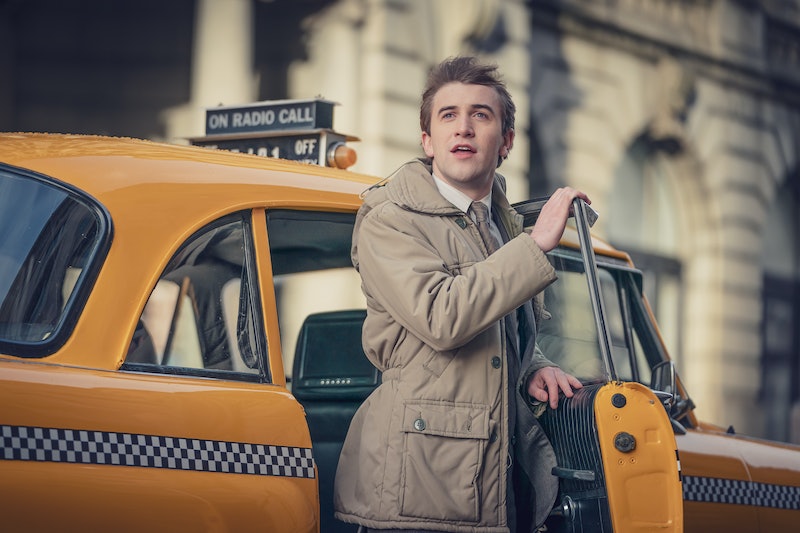 Penned by acclaimed screenwriter Russel T Davies, Channel 4's It's a Sin depicts the joy and heartbreak of a group of friends against the backdrop of the 1980s HIV/Aids epidemic. Leading the drama's all-star cast is Olly Alexander, who appears alongside the likes of Stephen Fry and Neil Patrick Harris, among others. But, who is Callum Scott Howells, the actor who plays Colin in It's a Sin?

Callum Scott Howells is a Welsh actor and hails from the village of Tonyrefail, in south Wales' Rhonda Valley. Howells previously studied at the Royal Welsh College of Music and Drama in Cardiff and has a string of theatre credits to his name. It's a Sin is the actor's first major television role. In a story line that mirrors his own background, he plays the character of Colin Morris-Jones, a doe-eyed Welsh youngster who swaps the valleys for the bright lights of London with hopes of becoming an apprentice on Savile Row.

Joining Howells in the Channel 4 drama's central cast is singer Olly Alexander, Years and Years and Dracula star Lydia West, and fellow newcomers Omari Douglas and Nathaniel Curtis, the Radio Times reports. Speaking ahead of the new series, Howells explained how the off-screen chemistry between him and his co-stars was reflected in the series itself.

"We really were so tight," the actor recalled. "In the mornings we danced to '80s music in the trailers and stuff and we just really got along so well that when it came to portray how much of a family we were, as friends, it just kind of fell into place. And I love them so dearly. And we will be friends for life, for sure."

Elsewhere, Howells shared his hopes that It's a Sin will "humanise" the HIV and Aids crisis of the 1980s. "We always look back and we say 'there was the Aids epidemic' but we never actually look at how many people we lost." He continued: "I really hope people look at this show the same way they look at other iconic dramas that explore massive historic events. I feel like it's vital."