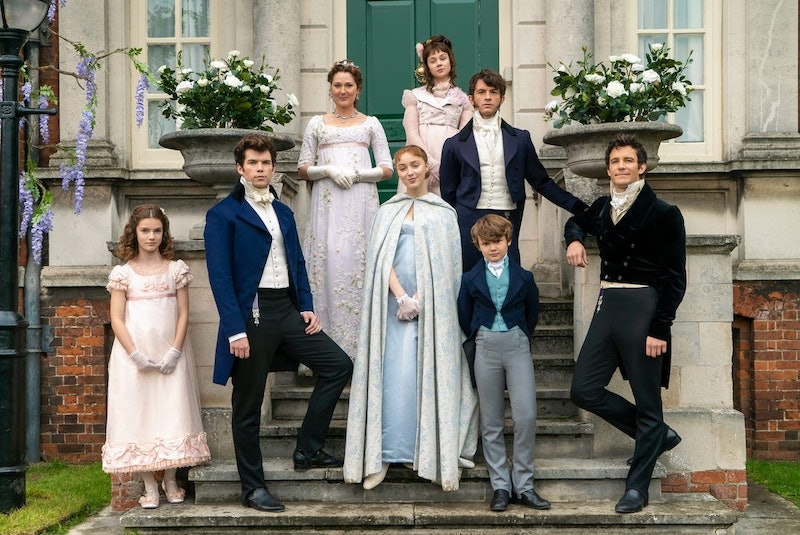 The news that Regé-Jean Page has left Bridgerton devastated loyal fans of the show, and made us wonder just what the series would be like without everybody’s favourite duke. But the good news is, we have plenty of new faces to look forward to seeing on the season, including Charithra Chandran, who will play Edwina Sharma. But who is Charithra Chandran, and what else is there to know about this up-and-coming actor?

The second series of Bridgerton will focus on the eldest sibling of the family, Anthony (played by Jonathan Bailey). It will be based on the second book in Julia Quinn’s Bridgerton series, The Viscount Who Loved Me.

Unsurprisingly, the storyline will revolve around Anthony’s love life, which features two sisters, Edwina and Kate Sharma. Chandran will play Edwina (based on Edwina Sheffield in the books), and her elder sister Kate will be played by Simone Ashley. The story goes that Anthony, who’s looking to settle down, sets his sights on Edwina, but Kate is determined to put a stop to their budding relationship due to the Viscount’s unscrupulous reputation. However, in true Bridgerton style, Kate and Anthony’s hatred for one another soon turns into passion and romance.

So who exactly is Chandran? Well, by the looks of things, she’s a relatively new actor who’s building her performance credentials — of which Bridgerton may be the most exciting yet.

The talented actor has graduated from the University of Oxford with a degree in Philosophy, Politics and Economics, and has trained with the National Youth Theatre. She’s so far starred in some smaller projects, including several theatre shows and the TV series Pillow Talk. She’s also been in spy series Alex Rider, where she played Sabina Pleasance.

As well as her acting, Chandran enjoys Bollywood dancing, Badminton, and comedy, according to her agency profile.

If you’re looking to find out more about Chandran, check out her Instagram page, where she posts tonnes of photos from her day-to-day life as well as updates about her career too.