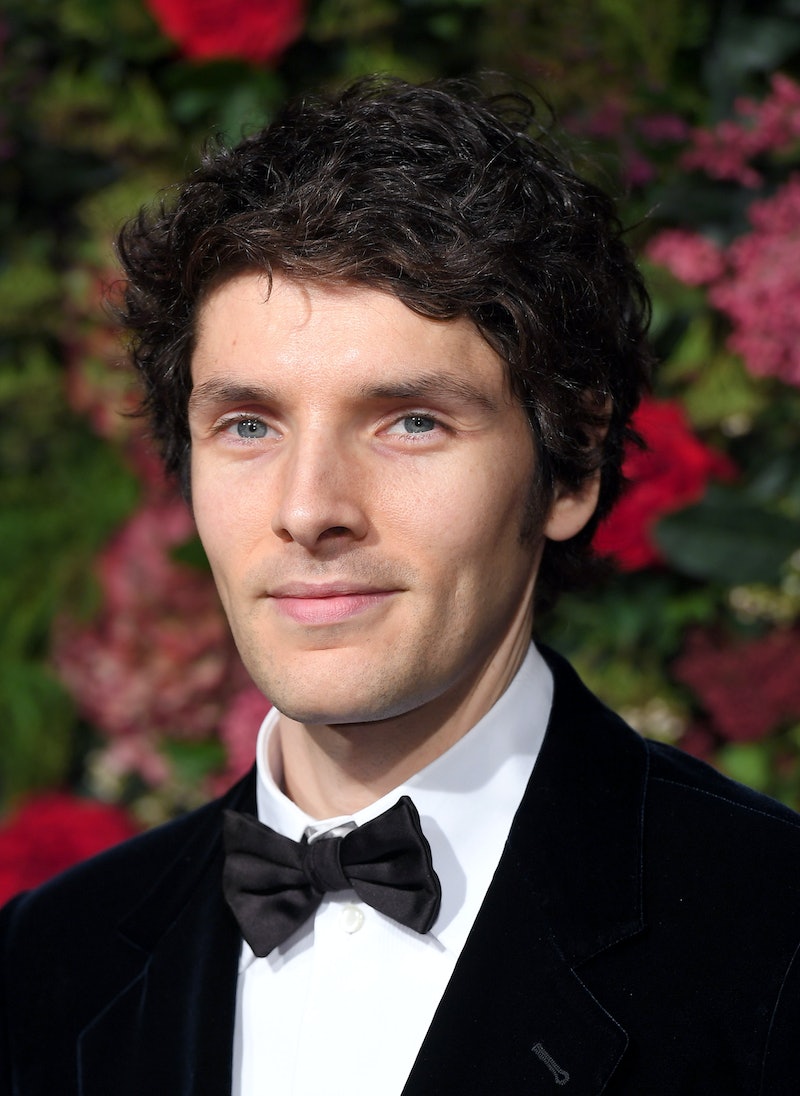 In the upcoming two-part BBC One series Three Families, Colin Morgan plays a new father whose unborn child has a fatal foetal condition. Set in Northern Ireland prior to abortion restrictions being lessened, the couple are denied access to termination. The actor will be a familiar face to many viewers, especially fans of a particular fantasy show that ran on the BBC for five seasons. So who is Colin Morgan, and what have you seen him in before?

For over four years, Morgan played the Arthurian legend Merlin on BBC One alongside Bradley James, Katie McGrath, and John Hurt. Describing his experience as a “great adventure,” Morgan has a lot to thank for his time as the mythical warlock. “When we started, everything was new. It was my first real role, so everything seemed like a new experience: new lessons, new friends, new adventures,” the Irish actor said via the Chicago Tribune. “It wasn’t just Merlin coming into his own; I was growing up in front of that camera, too.”

Prior to his work on Merlin, fans of Doctor Who will remember him from the episode ‘Midnight’ as Jethro during David Tennant’s tenure as the Time Lord. Morgan also appeared in a Christmas Special for The Catherine Tate Show in 2007, the one where George Michael made a surprise appearance.

Following these roles, Morgan then went on to star as Leo in Humans, DS Tom Anderson in The Fall, and John Armstrong in The Crown. He’s also had a fair few roles on the big screen opposite the likes of Tom Hardy in Legend and Chris Hemsworth in The Huntsman: Winter’s War.

Morgan has been very busy as of late, what with his role in Three Families and his upcoming projects The Dead of Spit Kelly, Genuine Fakes, and The Rising: 1916. But as he told the Belfast Telegraph in 2016, “you have to strike while the iron is hot” - which is certainly what he’s been doing for the past year.

“It doesn’t have to happen to anybody at all, this acting game, so you have to count your blessings,” he continued. “If I am lucky that the right things have come along at the right time, I’m just going to ride that wave.”