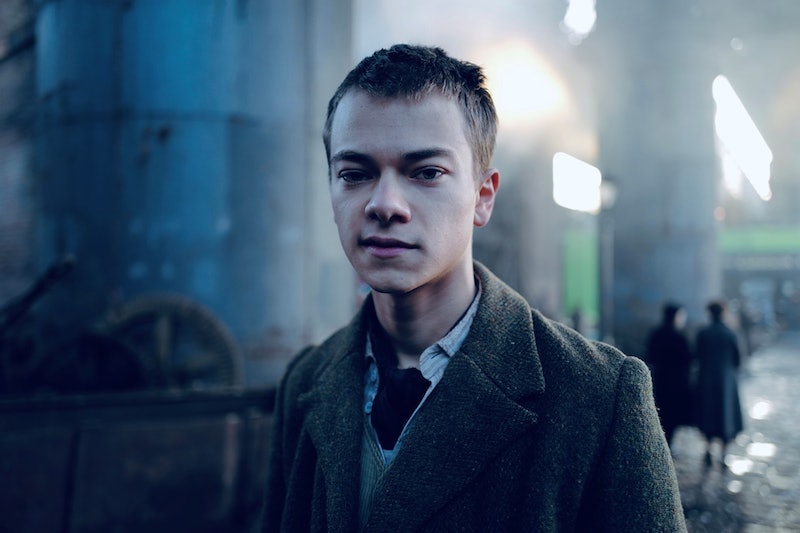 While there's still no official date for the sixth and final season of Peaky Blinders, the cast is expanding even further with the addition of Conrad Khan. No details of his character have been revealed just yet, but the actor was recently nominated for the BAFTA EE Rising Star Award for his role in the coming of age film County Lines. But who is Conrad Khan, and what made him become an actor?

Raised near King's Cross, London, Khan was encouraged to try acting by his barber who regularly cut hair for film actors, per the Guardian. The young star then started acting with Arcola Youth Theatre before landing roles in The Huntsman: Winter's War as a young Chris Hemsworth, the Black Mirror episode 'Smithereens', and is set to star in the upcoming season of BBC One's Baptiste.

However, it was his recent performance in County Lines that earned Khan his Rising Star nomination. "This film is really the epitome of my career, and it's what I'm most proud of," the actor told The Face. "The reason I love [acting] is to explore my emotional capacity, to find roles that push me as far as I can go," Khan explained. "And that's what this film did. To my absolute limits. And I loved it."

Khan's love for acting goes far beyond the set, as he recently enrolled at London's Queen Mary's University to study film studies. "It's all online, which kind of suits me 'cos I'm still working, so it allows me to do both at the same time," he told the Guardian. However, he's aware that, if a major role comes up, he may have to put university on hold. "I don't know what I would do. I'm taking a risk going to uni, but I just feel like I want to be in an academic environment and around like-minded, similar-aged people again, because I do miss that," Khan explained. "But I'd probably take the role."

More like this
Turns Out George Clooney Is A Huge Fan Of This Classic British Game Show
By El Hunt
Everything To Know About The 'Daisy Jones & The Six' TV Series
By Maxine Harrison and Brad Witter
Twitter Is Burning As Phoebe Dynevor Reveals Daphne’s 'Bridgerton' Exit
By Sophie McEvoy
Michaela Coel Has Some *Thoughts* About The Nepo Baby Discourse
By Maxine Harrison
Get The Very Best Of Bustle/UK
Sign up for Bustle UK's twice-weekly newsletter, featuring the latest must-watch TV, moving personal stories, and expert advice on the hottest viral buys.