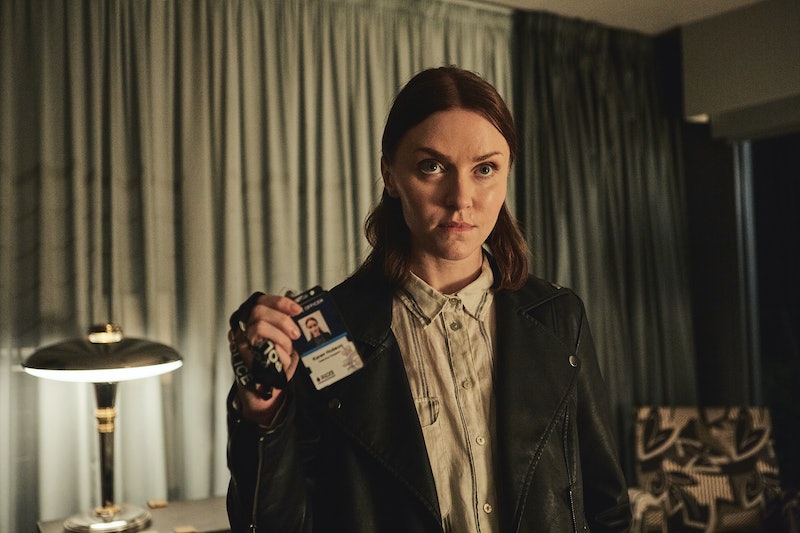 Starring Morven Christie, ITV's The Bay is back – and arguably better than ever. The new series sees Detective Sergeant Lisa Armstrong assist on a new murder case after dealing with the consequences the very dramatic ending to season one. Assisting in the investigation is Sergeant Karen Hobson, but who is Erin Shanagher, the actor who plays Hobson?

It's more than likely you've seen Erin Shanagher on your screen before. The British actress hails from Manchester and has an impressive CV, appearing in plenty of major UK TV series and soaps, including Coronation Street and Emmerdale. Most notably though, Peaky Blinders fans will remember her as Mrs Ross, the mother whose son Arthur Shelby killed during a boxing match in the hit series. Per IMDB, Shanagher has also appeared in plenty of British medical dramas including Holby City, Doctors, and Casualty. Shanagher's acting credits also span theatre and film.

Most recently, Shanagher stars as DS Karen Hobson in The Bay. In the first season, the officer had just had a promotion and is described as "warm, supportive" with a "quick sense of humour as well as a keen sense of justice."

Following the release of season two, Shanagher tweeted to her fans "thanks for all the love" along with a picture of her in character as Karen.

It’s been a long wait for the second series The Bay, which was confirmed back in May 2019. The popular series suffered delays due to the pandemic, however, the six-part drama resumed in January.

The new season — which sees the Morecambe officers take on a new murder case — has been extremely well received and ITV bosses have ordered a third series of the show before the second even aired. The Sun reports that cast and crew are already in pre-production, and filming is expected to begin in Manchester from March this year.