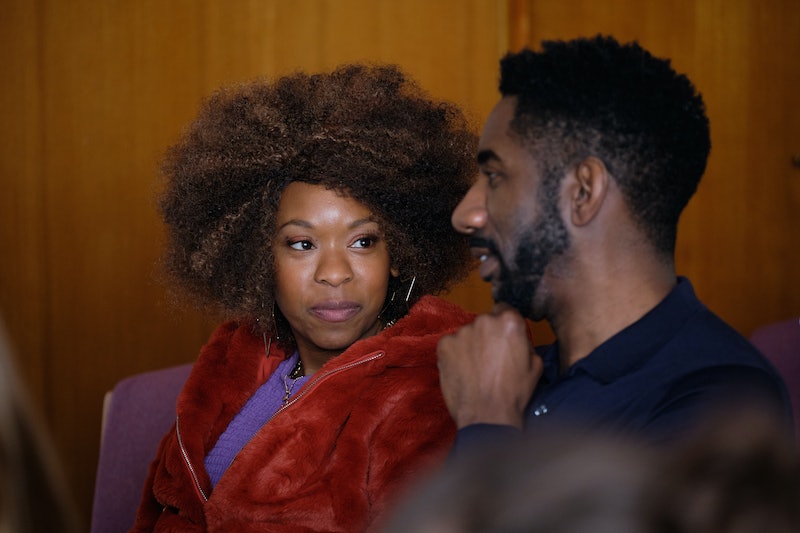 Keeley Hawes, Joanna Lumley, and Nigel Havers feature in the star-studded cast for ITV's brand new drama Finding Alice. The six-part series follows Alice (played by Hawes) after the sudden death of her husband Harry in their flashy new home. Finding Alice is said to be an "honest" and "blackly comic" journey of grief, love, and life. And alongside the well-known faces, the cast features such up-and-coming talent too, including Isabella Pappas and Dominque Moore. But who is Dominique Moore, playing Harry’s assistant Yasmina, and what else will viewers have seen her in?

London-based actor Dominique Moore has a highly impressive CV having started out on the West End before moving on to children's television and, later, big-name series. A former Sylvia Young Theatre School pupil, the 34 year old had a regular role in the award-winning series Horrible Histories, where she played historic female icons including Mary Seacole and Rosa Parks.

More recently, Moore had roles in the Four Weddings & A Funeral reboot (2019), ITV's 2018 Torvill & Dean biopic, as well as the Emmy-nominated sketch series Tracey Ullman's Show. Moore, who has a background in theatre, is also an accomplished voice actor. Per Radio Times, she is the voice of Ruth in Thomas & Friends and Lulu in Disney’s Sadie Sparks.

For Finding Alice, Moore takes on the role of Yasmina, Harry's assistant who is "kind and genuine but not to be underestimated." According to ITV's synopsis, Yasmina is a "natural-born people pleaser" although struggles to adjust to someone new in charge. While Harry's assistant becomes close friends to Alice and Alice's daughter Charlotte (played by Isabella Pappas), "Yasmina’s well-meaning efforts to help Harry’s family could come at a price to herself."

Upon the Finding Alice announcement, Moore took to Instagram to celebrate her new role.

"I loved every second of making this with the kindest most loving cast and crew," she wrote alongside a video of the trailer. "Feeling very grateful to have worked with these wonderfully talented humans on #FindingAlice," she said in another post.