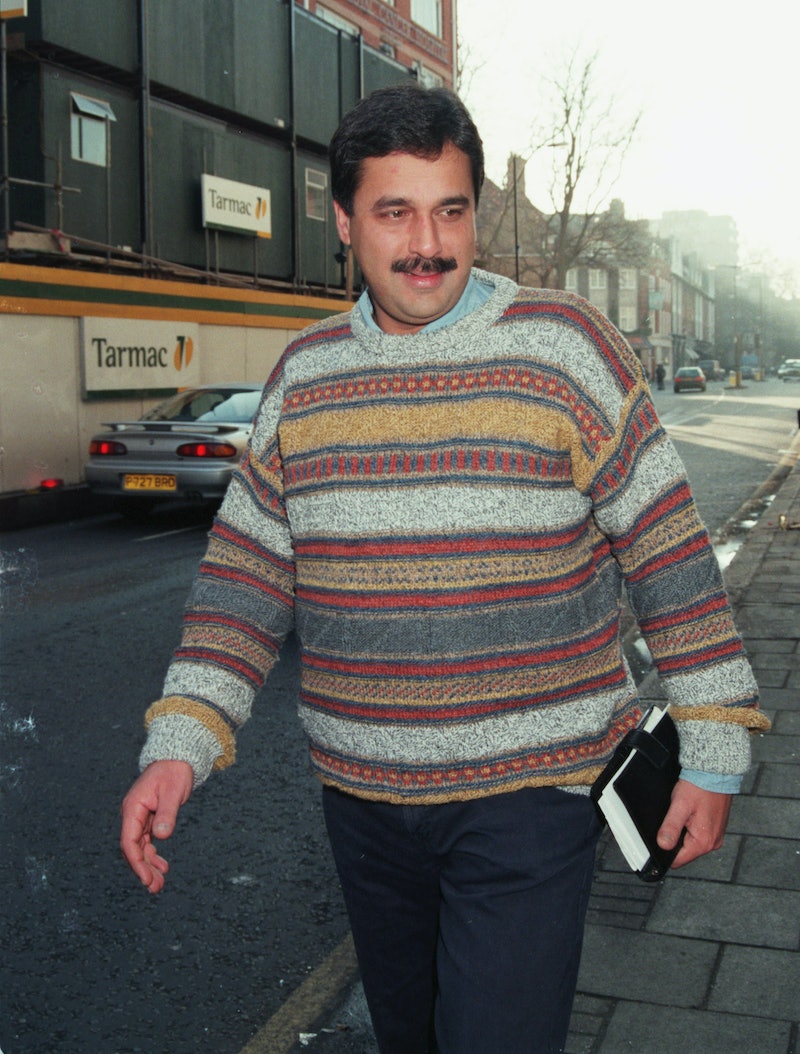 On Jan. 9, 2022, Netflix announced that Pakistani star Humayun Saeed was cast as Dr Hasnat Khan in the fifth season of The Crown, a former partner of Princess Diana. A year prior to her divorce from Prince Charles in 1996, Diana met Khan while he was working at the Royal Brompton Hospital in London. The pair hit it off immediately, and a relationship soon followed. Khan was an integral part of Diana’s life for two years before the two parted ways in 1997. But who is Dr Hasnat Khan, and what was their relationship like?

Born in Jhelum, Pakistan in 1959, Khan decided to pursue a medical career from a very young age. “I always wanted to follow in the footsteps of my maternal grandfather, who was a doctor,” he told The Mail on Sunday. Khan has a Bachelor in Medicine, a Bachelor in Surgery, and is a Fellow of the Royal College of Surgeons. He studied for his PhD at Imperial College, and he specialises in heart and lung surgery. Khan also has plans to establish free cardiac health services at the Abdul Razzaq Welfare Trust Hospital in the Pakistani village of Badlot near his hometown.

In 1995, Khan was working at the Royal Brompton Hospital in London. During August that year, Diana regularly visited the hospital as the husband of a close friend was recovering from heart surgery, as Khan noted in his statement during the 2004 inquest into Diana’s death. “From what she had seen during her visits, Diana became very interested in the workings of the hospital,” he explained, which led her to ask whether she could watch a heart operation. “In fact, she watched two such operations, although you only ever hear of one in the press,” he said.

Diana was so interested in fact that she allegedly started to study Gray’s Anatomy “and piles of surgical reports” according to journalist and author Tina Brown, as well as making sure never to miss an episode of Casualty.

One day, Khan recalled Diana shouting “Oi, where are you going?” as he walked out of the hospital. “I said I was going to my uncle’s house in Stratford-upon-Avon to collect some books,” he told the Daily Mail, “and I blurted out, ‘Do you want to come?’ She said yes and that was it really.” After that visit, Khan has said their friendship swiftly turned into a relationship.

Reportedly giving him the nickname “Natty”, Diana and Khan fell into “a very good relationship with no personal problems,” as Khan recalled in his inquest statement. According to Reader’s Digest, Diana was soon “immersing” herself in Pakistani culture, writing that the princess made dozens of trips to Pakistan to learn about Khan’s heritage and the history of the country, and reportedly “considered converting to Islam for Khan.”

The couple would often meet at the hospital Khan worked at, spending nights together in a “small, overnight room”, according to Reader’s Digest. One night, Diana was caught by a tabloid photographer as she entered the hospital. She reportedly phoned said tabloid up directly and said she was visiting terminally ill patients which led to a story titled “My Secret Nights as an Angel” to be published in the News of the World the next day.

The only problem Khan and Diana faced was media attention, which they managed to shy away from for the first few months of their relationship. “The only place we could have any real privacy was at Kensington Palace as they could not get us there,” he explained, adding that the media would follow him everywhere, “even to my place of work at Harefield Hospital.”

However, he was grateful for the way Diana treated him during these moments of stress. “Diana was very protective towards me and wanted to shield me from the attention,” Khan said.

Why Did They Split Up?

In his inquest statement, Khan revealed that it was Diana that called their relationship off. This happened shortly after she met Mohamed Al Fayed in July 1997, with Khan adding that while “she denied there was anyone else involved,” he told her that he “strongly suspected there was someone else.”

While Diana may have initiated the break up, Khan admitted that he found the press intrusion hard to deal with. “My main concern was about us getting married was that my life would be hell because of who she was,” he explained. “I knew I would not be able to live a normal life and if we ever had children together, I would not be able to take them anywhere or do normal things with them.”

What Has Hasnat Khan Said About Princess Diana Since?

Following Diana’s death in 1997, Khan told police that if she were alive today he thinks they “would have remained very good friends, whatever she did and whomever she was with,” per Vanity Fair. Khan continued: “I do not know what Diana was like in other relationships but she protected me very well, not just from the media but also from a lot of information. Perhaps she protected me because she thought we had a future together.”

During a rare interview with The Mail on Sunday in 2008, Khan spoke of how big a gap Diana has left since her death. “She did a lot of work. She got to where she was on what she was,” he explained. “She didn’t just shake hands and wave at people. She actually did things. Now she has gone, there is a huge vacuum – she has left a gap.”

Where Is Dr Hasnat Khan Now?

Per the Daily Mail, Dr Khan lives in Essex and does humanitarian work in Saudi Arabia, Ethiopia, and Pakistan. Ten years after Diana's death, he wed Hadia Sher Ali, a Pakistani descendant from Afghan royalty, but their marriage ended after 18 months. In 2017, Sebastian Shakespeare reported that Mr Khan had become engaged to (and eventually married) Somi Sohail.