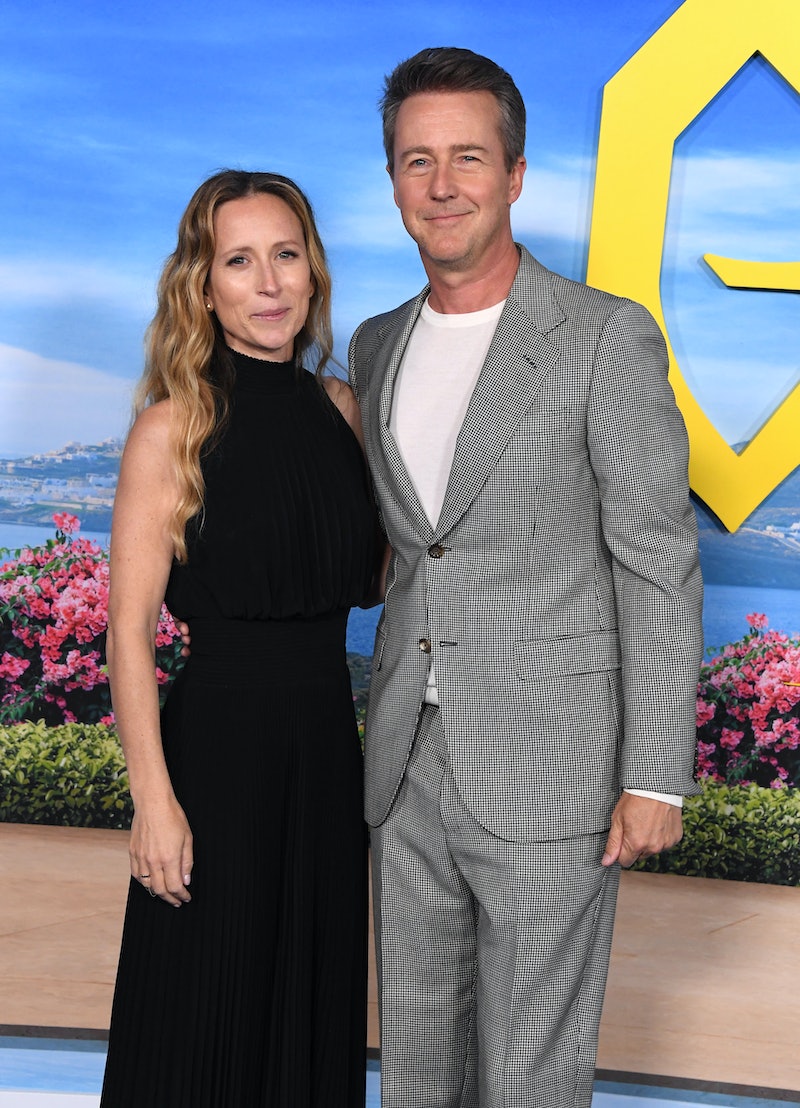 The much-anticipated sequel in the Knives Out franchise, Glass Onion: A Knives Out Mystery, finally landed in cinemas recently, with not long to go before it’ll be available to stream in the comfort of your own home. Just in time for Christmas, of course. In the sequel, Golden Globe award-winning actor Edward Norton plays the leading role of tech billionaire Miles Bron, with the film tracking the murder mystery that follows him and his friends to his private Greek island. Best known for films such as Fight Club and The Incredible Hulk, Norton has carved out quite the career in Hollywood but as well as his love for acting, he also has a wife who shares a similar passion. But who is Edward Norton’s partner?

The actor is married to his wife of ten years, Shauna Robertson. As a film producer, Robertson has produced multiple Hollywood hits that you may have heard of, including: The 40-Year-Old Virgin, Pineapple Express, Knocked Up, Elf, Anchorman, and many more. Hailing from Ontario, Canada, the 46-year-old’s journey into Hollywood eventually led her start dating Norton in 2005, with the couple quietly dating for six years before getting engaged in 2011, per The Daily Mail.

But although the couple’s careers are very much public-facing, when it comes to their personal life, they share very little of their lives behind closed doors. Their 2012 wedding was also held secretly, not long before they were expecting the birth of their now nine-year-old son, Atlas.

However, Robertson and Norton have been open about sharing projects they have worked on together, such as co-founding the fundraising charity site Crowdrise, which is now part of GoFundMe. Robertson retired from the film making world in 2009 and now focuses her time and energy on her charity, telling Glamour at the time: “Crowdrise is very satisfying for me and just slightly more enjoyable than telling fart jokes.”