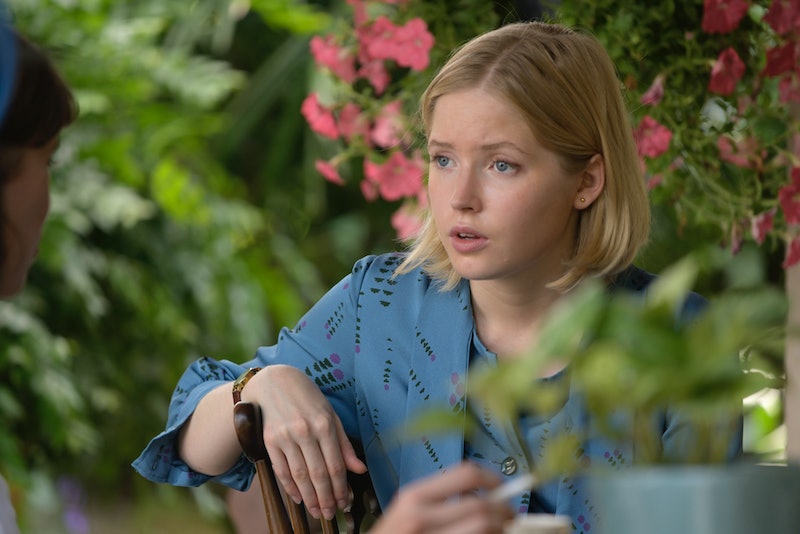 Your early twenties can often be a tumultuous time of finding yourself and figuring out what you want to do with the rest of, well, your life. For Ellie Bamber things are a little different. An innate love of performing as a child set her up for the rest of her life. With plenty of theatre experience in her early teens and a role in the critically-acclaimed thriller Nocturnal Animals at the age of eighteen, the actor has already paved the way for a seriously successful career. But who is Ellie Bamber, and what else is there to know about her?

Born in Surrey with an upbringing primarily in Berkshire, Bamber had a "really lovely" childhood, in which she spent the majority of her time "skateboarding down country lanes," she told the Evening Standard. But how did she discover that acting was her calling? "I used to annoy the hell out of my family trying to sing to them and put on shows. To begin with, I was kind of shy," she told Elle. "I had this drama teacher who completely drew me out of myself, and I became this maniac who wanted to act on stage the whole time."

Bamber's passion for acting earned her "two drama scholarships for both secondary school and college," according to Grazia, which pushed her to dive straight into theatre work rather than attend university.

That decision certainly paid off. Her role in the play High Society bagged her a nomination for the Evening Standard Theatre Award for Best Newcomer in a Musical in 2015, and her role in The Lady from the Sea saw her win third prize at the Ian Charleston Awards in 2017, according to The Sun.

The Trial Of Christine Keeler is also the first time that the story had been told “from the perspective of women,” as Bamber noted in an interview with The Telegraph. “The girls didn’t really have a voice, because as much as people wanted to hear their side of the story, they also wanted to very quickly judge them and call them sluts,” the actor said. “I think it’s disgusting [how they were treated].”

More recently, Bamber is starring in upcoming BBC One series The Serpent about notorious 1970s serial killer Charles Sobhraj. Based on true events, the new series sees a team of investigators attempting to catch Sobhraj after a series of killings were discovered across India, Nepal, and Thailand, known at the time as "the hippie trail." Bamber plays Angela Knippenberg, wife of the Dutch diplomat who worked tirelessly to stop the killer in his tracks.

Speaking to the Times about the character, Bamber said: “She’s an amazing woman, just so intelligent, and for me she’s one of the only characters that keeps her sense of self throughout. The Knippenbergs are really unlikely heroes. It wasn’t their job. They weren’t meant to be hunting for a murderer, they were actually meant to be ambassadors. But they really cared and showed that by actually bringing someone to justice.”

With all this under her belt and roles in Disney's The Nutcracker and the Four Realms, The Seven Sorrows Of Mary and the Disney + TV remake of The Willows movie, Bamber is clearly a star on the rise.

This article was originally published on Sep. 17, 2018