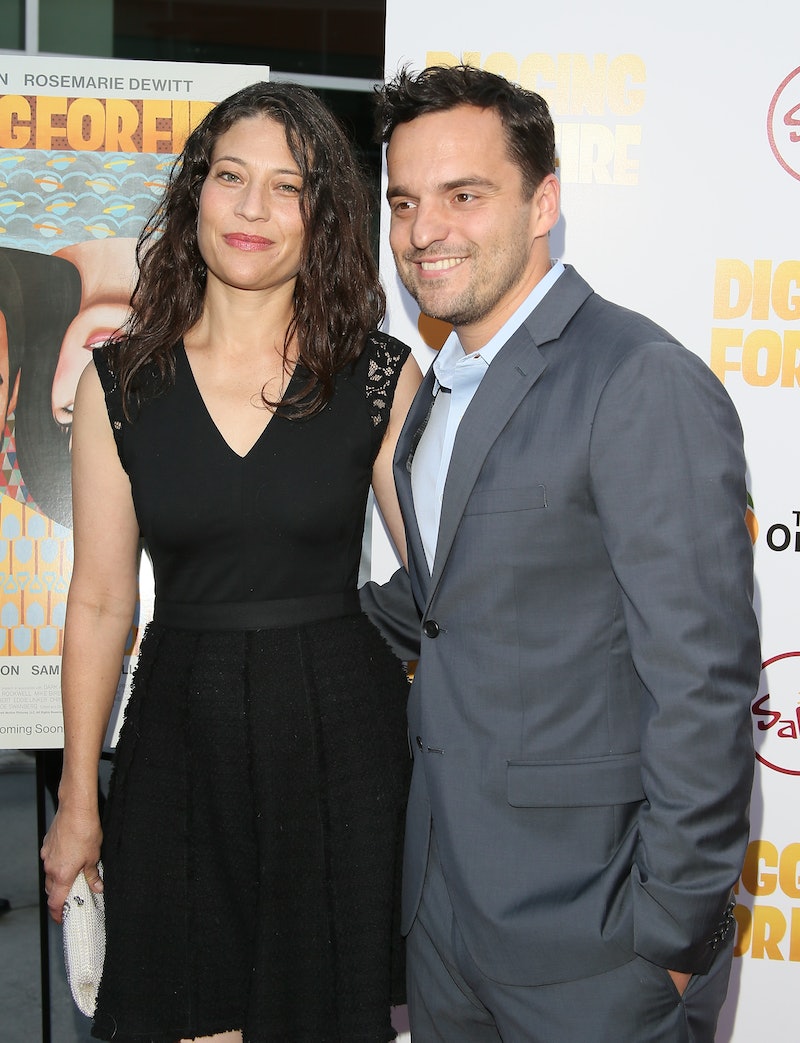 Many of us spent much of the last decade falling in love with the ever-charming Jake Johnson. How could you not? The Illinois native first stole the hearts of viewers everywhere with his career-making turn as Nick Miller in New Girl. If it wasn’t the lovable loser schtick that proved to be the engine of that show, it was certainly that climactic Season 2 kiss in the hallway — you know the one I’m talking about. While Johnson is well known for just how enchanting he can be on screen, there is someone who gets all that charm to herself off-screen, and that’s Johnson’s wife, Erin Payne.

In a 2012 interview with Marie Claire, Johnson mentioned that he and his wife had been married for seven years, which means, all told, they’ve been married for around 17 years. They also have two children together, twin daughters. Unlike Johnson, Payne isn’t an actor, but that hasn’t stopped her from getting involved with Hollywood. According to her IMDB page, Payne has worked as an artist on The Other Guys (2010), The Last Airbender (2010), Sex and the City 2 (2010), Shutter Island (2010), The Lovely Bones (2009), and The Happening (2008).

She also helped Johnson with 2015’s Digging for Fire, a movie Johnson produced and starred in. The film centers around a married couple who find both a gun and a bone in the backyard of their home — which also happens to be something that really happened to Johnson and Payne while renting a place in Los Angeles. And she had some advice that made a big impact on the film.

As Johnson explained to The Mary Sue in 2015, Payne didn’t like the original script. “‘Not only do I hate your character, but I hate this movie,’” he said, parroting his wife. Johnson ultimately ended up reworking the movie at her behest. “At that point we needed a woman who was very strong and talented, who could help build that story in a way Joe [Swanberg] and I didn’t think we could at the time,” Johnson explained.

That wasn’t the first time Johnson and Payne collaborated. She actually made the artwork that was hanging on the walls of Nick Miller’s room in New Girl, as he told Fan Fest in 2018. “My wife, in real life, did those drawings, so I took those back,” he said, when asked if he kept anything after the series wrapped.

Payne’s art extends well beyond Hollywood productions; she’s actually an award-winning painter. In 2012, she was recognized by New American Paintings, and was subsequently interviewed by the institution following the honor. “I’m addressing an ambiguous relationship to place and the environment, and navigating the slippery definitions of those terms,” she told the outlet. “The result is a mix of realism and abstraction.”

She then went on to expand on her preferred artistic style. “It’s a fun play with reality and illusion, where the painting sets the ‘place’ for the pile, even though the backdrop is within an actual place,” she said. “For me, they function like two characters in a scenario that is immensely larger than either one can comprehend.”

From the sounds of it, there’s quite a lot of talent in their household.

More like this
Michael B. Jordan Tackled His "Public Breakup" With Lori Harvey On 'SNL'
By Brad Witter
Who Is Pete Davidson Dating? He & Chase Sui Wonders Got Caught Kissing
By Jake Viswanath
Who Is Murray Bartlett Dating? 'The Last Of Us' Star Is Extremely Private
By Alyssa Lapid
4 Surprising Celeb Throuples That Got The Internet Talking
By Sophie McEvoy
Get Even More From Bustle — Sign Up For The Newsletter
From hair trends to relationship advice, our daily newsletter has everything you need to sound like a person who’s on TikTok, even if you aren’t.