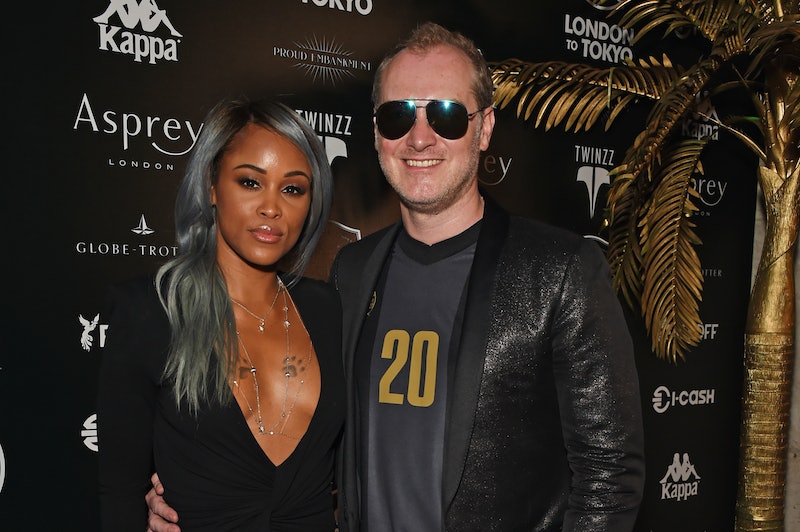 Eve is reminding us how much of a queen she is on her new series, fittingly titled Queens. The new ABC show follows a ’90s R&B girl group of the same name who attempt to make their comeback and mend their friendships more than 20 years after splitting up. On the show, the rapper unites with fellow ’90s and early 2000s icons Brandy, Naturi Naughton, and Nadine Valazquez to create the fictional girl group of our dreams. Naturally, the series prompted renewed interest in the star’s personal life, especially when it comes to her relationships.

Eve has been married to her husband, Maximillion Cooper, since 2014. The British entrepreneur has made his name in the world of racing, starting out as a racecar driver before organizing races himself. In 1999, he created the Gumball 3000, a global motor rally spanning 3,000 miles that celebs like Usher, Deadmau5, and David Hasselhoff have attended. Since then, he’s expanded the company into multiple avenues, including an apparel line, an upcoming video game, and a philanthropic organization that helps underprivileged children in the U.K., with a specific focus on education and environmental issues.

Eve actually met Cooper at one of those Gumball 3000 rallies when she attended a race sponsored by Puma in 2010. A few years later, the pair got married in June 2014 in a luxurious Ibiza ceremony. Now, the couple is expecting their first child together. On Oct. 16, the rapper debuted her baby bump on Instagram, and shared a sweet picture of her husband’s hand wrapped around her. “Can you believe it @mrgumball3000 we finally get to tell everyone!!!!!” she captioned the post. “You all know how long we’v been waiting for this blessing!!! We get to meet our lil human February 2022.”

This marks Eve’s first pregnancy, as she previously experienced issues with infertility. In May 2019, she told The Talk, "As a woman, you just think things happen naturally, and I felt like I was damaged.” She continued, "I felt like I was broken. I felt like, ‘Oh, well. Maybe I’m not good enough.’" Though challenging to share, Eve said her candid statements about her journey to have children made it possible for others to offer their support to her. “Even in the audience, people have actually come to me and hugged me and said you deserve it, and it’s going to happen for you,” she said.

In addition to expecting this baby, Eve is also a stepmom to Cooper’s four kids from his previous relationship, which was a difficult adjustment at first. “When I first met my husband, then-boyfriend, I was like, ‘This is never gonna last because you got four kids!’” she told People in December 2020. “But then I met the kids and honestly was like, ‘Wow, kids are amazing.’ I will say it took years, though, I'm not gonna lie.” Hopefully, with Eve now living in London full-time with Cooper and her stepchildren, welcoming their new addition will be smooth-sailing.

More like this
Jennifer Lopez Shares Rare Holiday Photos Of Ben Affleck & Her Twins
By Radhika Menon
Julia Fox Says She Dated Kanye To “Distract Him” So He’d Leave Kim K Alone
By Jake Viswanath
The 'Love, Lizzo' Harry Styles Scene Is Just 1 Moment That Made Fans Feel Seen
By Brad Witter
Mariah Carey Is "So Proud" After Her Kids Joined Her In The Thanksgiving Day Parade
By Stephanie Topacio Long
Get Even More From Bustle — Sign Up For The Newsletter