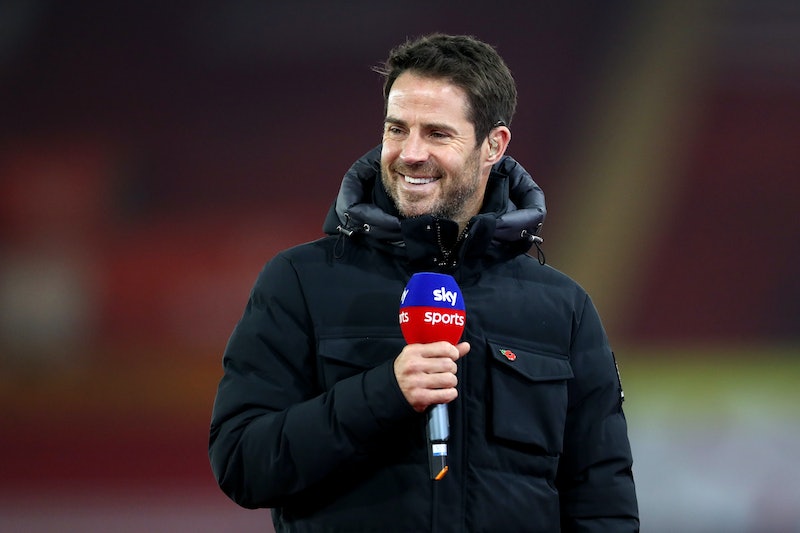 It’s been reported that Jamie Redknapp and his partner Frida Andersson are expecting their first child together. The former footballer and model are set to welcome a baby in November, according The Sun.

While neither Redknapp nor Andersson has publicly announced the news of the pregnancy, it has been all but confirmed in the comments section of one of the model’s latest posts. "Congratulations on your new baby," a well wisher wrote, to which Andersson responded with the prayer hands emoji, expressing gratitude.

A source told The Sun that the couple are elated to become parents to another newborn, which is apparently due to arrive in November this year. “Jamie and Frida are absolutely delighted,” the source said. “They’ve been virtually inseparable in lockdown, and their relationship has gone from strength to strength.”

“The couple started telling their nearest and dearest last week. Jamie’s been telling pals he’s really excited to be a dad again — less excited about the sleepless nights, and ­nappy-changing.”

“But both he and Frida will be brilliant, hands-on parents,” they added.

Andersson is a 37-year-old Swedish model who was born and raised in Sweden, but has lived in London for some time now. She is signed to Next Models, and has modelled for top brands including Escada. Like her new beau, Andersson has been married before, to 58-year-old American hedge fund manager Jonathan Lourie. The couple share four children together, meaning along with Jamie’s two boys (Charley, 16, and Beau, 12, that he shares with ex Louise), their new arrival will be the seventh child of the pair combined. That’s a busy household!

Redknapp and Andersson first met after friends introduced them back in August 2020. They have been dating ever since, and are often spotted out and about together going for walks with coffees.