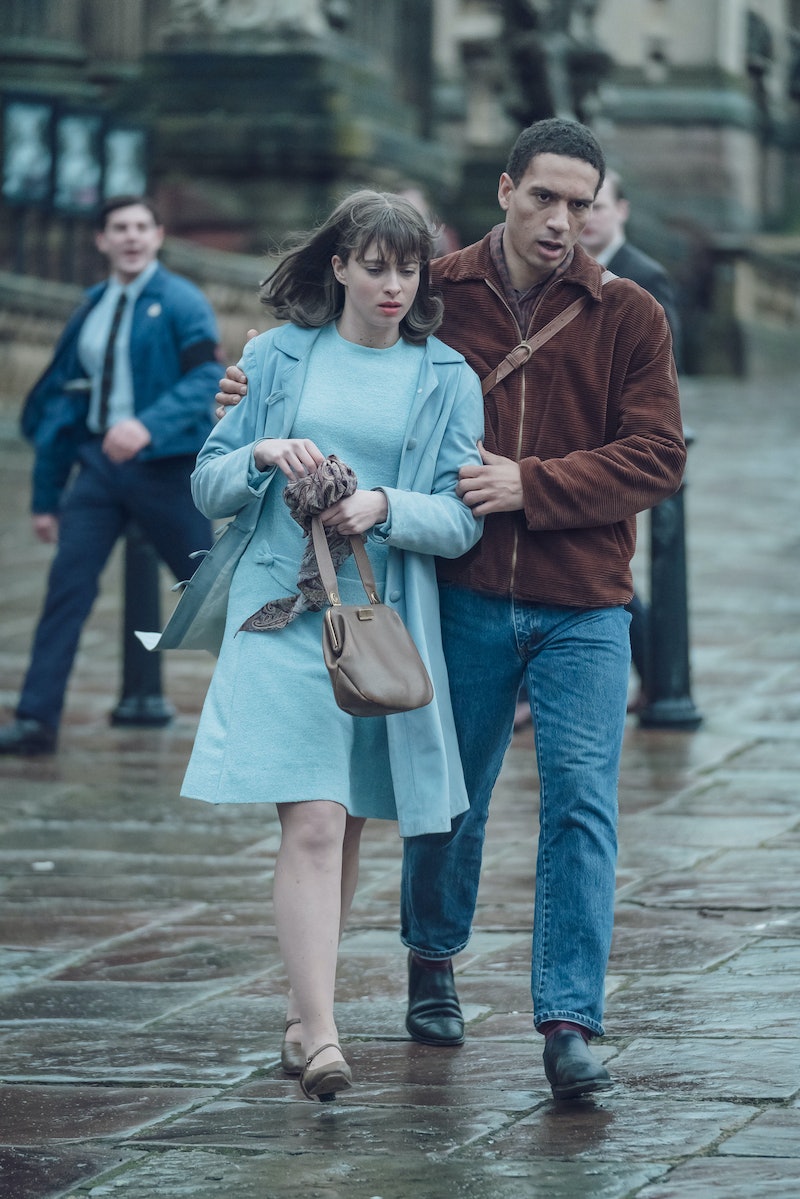 BBC One’s new series Ridley Road is a thrilling new addition to the channel’s drama roster. Based on the acclaimed book by Jo Bloom, the four-part series dramatises the work of the 62 Group — anti-fascists who stood up against the neo-Nazi movement during the 1960s. Its main character is a young woman, Vivien Epstein, who finds herself at the heart of the fight. While it’s not based on a true story, it is inspired by real events, the knowledge of which only ramps up the intensity of the action. One of the key players in the 62 Group is Stevie, a mixed-raced student and anti-racist activist. While we’ll no doubt come to learn more about his character as the drama progresses, what about Gabriel Akuwudike, the actor who plays him? Here’s everything you need to know.

Akuwudike, who hails from Hackney in London, has an impressive CV, featuring roles across film, TV and theatre. Highlights include the Amazon Prime series Hanna, Fox’s War Of The Worlds, Channel 4’s Brexit: The Uncivil War, and award-winning wartime film, 1917.

For his latest role, the British-Nigerian talent takes on the “brilliant” character of Stevie who the BBC describes as “a mixed-race man in a time when there really weren't many Black people in Britain at all.”

Ahead of Ridley Road’s release, Akuwudike explained that Stevie is an “ally” in the story, who is keen to get newbie Vivien involved in his activism.

“...he sees the bigger picture, he sees the oppression of the Jewish people at that time and immediately it just fits in with his belief systems and his moral compass, and he feels duty-bound to do something,” he told the BBC.

Like his character, Akuwudike spent time on Ridley Road where the new series was set, however, he tells BBC, that he didn’t know much of the 62 Group before getting involved in the show.

“It's not something we were taught in school," he told the BBC. "I’ve shopped on Ridley Road with my dad since I was a kid and although I knew there was a large Jewish community in East London, I thought of Ridley Road as much more a Caribbean community. As I walked around, saw the bagel shop on the corner, and looked at old photographs, Hackney's strong Jewish community started to reveal itself."

“It really feels like such a privilege to be able to tell a story centred around Hackney, my home, which I hold dearly in my heart,” he added.

Akuwudike stars alongside Tamzin Outhwaite in the series who plays his mother and salon owner Barbara in the hard-hitting drama. As BBC writes, “[Barbara] has witnessed racism first-hand towards her mixed-race son.”

"It's interesting to see another part of history, so we as a nation have another level of honesty,” he adds about the series, stressing that political tensions in recent years, make it important “look back” at British history “and see things more truthfully."

Akuwudike has previously spoken out about identity and representation in media via the Another Actors podcasts, also revealing in June 2020 that when he's not busy acting he's meditating or working at his local Curzon cinema.

More like this
Twitter Has Renamed Ekin-Su After *That* 'Dancing On Ice' Performance
By Sophie McEvoy
This Pre-'Love Island' Video Of Olivia & Zara Together Changes Everything
By Bustle UK
Claire Foy Spoke Out About 'The Crown's Gender Pay Gap
By Sam Ramsden
Olivia Colman Stars In First-Look Trailer For BBC's 'Great Expectations'
By Sabah Hussain and Sam Ramsden
Get The Very Best Of Bustle/UK
Sign up for Bustle UK's twice-weekly newsletter, featuring the latest must-watch TV, moving personal stories, and expert advice on the hottest viral buys.