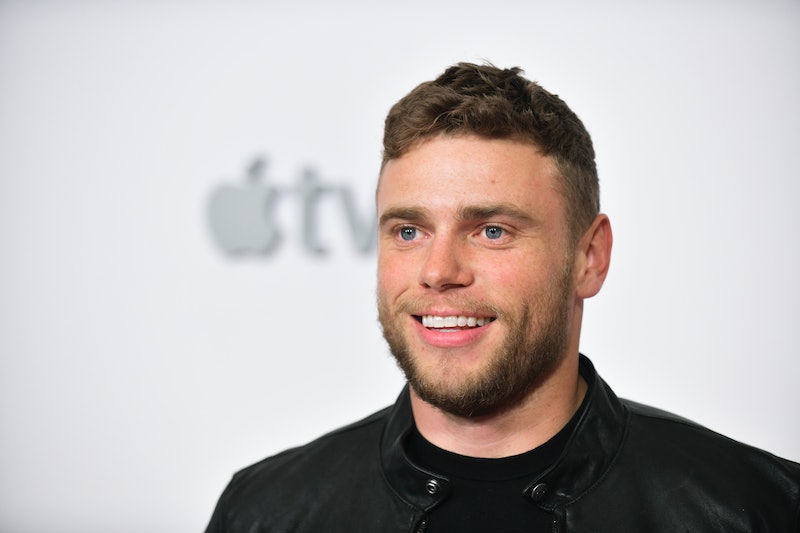 In Netflix’s new reality show Coming Out Colton, former Bachelor star Colton Underwood learns how to navigate life as a recently out gay man. Helping him along in his journey is Gus Kenworthy, the British-American freestyle skier who won a silver medal at the 2014 Olympics and came out in 2015. “When I came out publicly, I had just started dating a guy, and he kind of ended up being my mentor in a lot of ways and helped usher me into the community because I had been so actively avoiding it,” Kenworthy explains in Episode 1. “And I wouldn’t have been able to do it without him. So I’m sort of excited to be that same thing for Colton, in a way.”

When he came out, Kenworthy was dating actor Matt Wilkas, who Kenworthy met through Instagram and who is 14 years older than him. “I’d seen Matt in the movie Gayby, and he’d popped up on my Instagram with these videos he makes ... I followed him, he followed me back, and I wrote him this really long message on Instagram [inviting him to coffee],” Kenworthy told Out magazine in 2016. The two didn’t meet up until a year later, but quickly hit it off. Wilkas even accompanied Kenworthy to the 2018 Olympics.

They ultimately dated for four years before calling it quits in July 2019. “Gus and Matt are taking time apart,” their representative told People. “They love and support each other and remain close friends.”

Long distance was likely a factor in the breakup, as Kenworthy told Out in 2016 that it was difficult to maintain their relationship while he was training and competing in Denver and Wilkas was living in New York. Kenworthy even hinted to Out that he and Wilkas knew they wouldn’t last long-term. “All relationships take work, and we’ve definitely begun to realize that,” he said. “I was in a relationship from 18 to 23, and I still haven’t really experienced that much sexually. I wouldn’t want to ever sacrifice my relationship with Matt just to go out and get that out of my system, but we’ve also talked about that and he doesn’t want to deprive me of experiencing anything while I’m still young. I don’t necessarily know what that means. We’re not in an open relationship and we’re not breaking up. But we’re also not getting married.”

Though Kenworthy is no longer with Wilkas, he still credits him for introducing him to the same community he hopes to immerse Underwood in. For example, Wilkas introduced him to a network of queer friends and showed him cultural touchstones like the works of James Baldwin, the book The Velvet Rage, and the drag culture film Paris Is Burning. “[He] helped me gain perspective,” Kenworthy told Advocate. “And it’s something that I continue to remind myself [of].”

Now, it appears that Kenworthy is dating someone new. In a September 2021 Instagram post about his Greek Island vacation, he posted several images of him swimming and holding hands with a man. However, he has yet to reveal who his partner is.