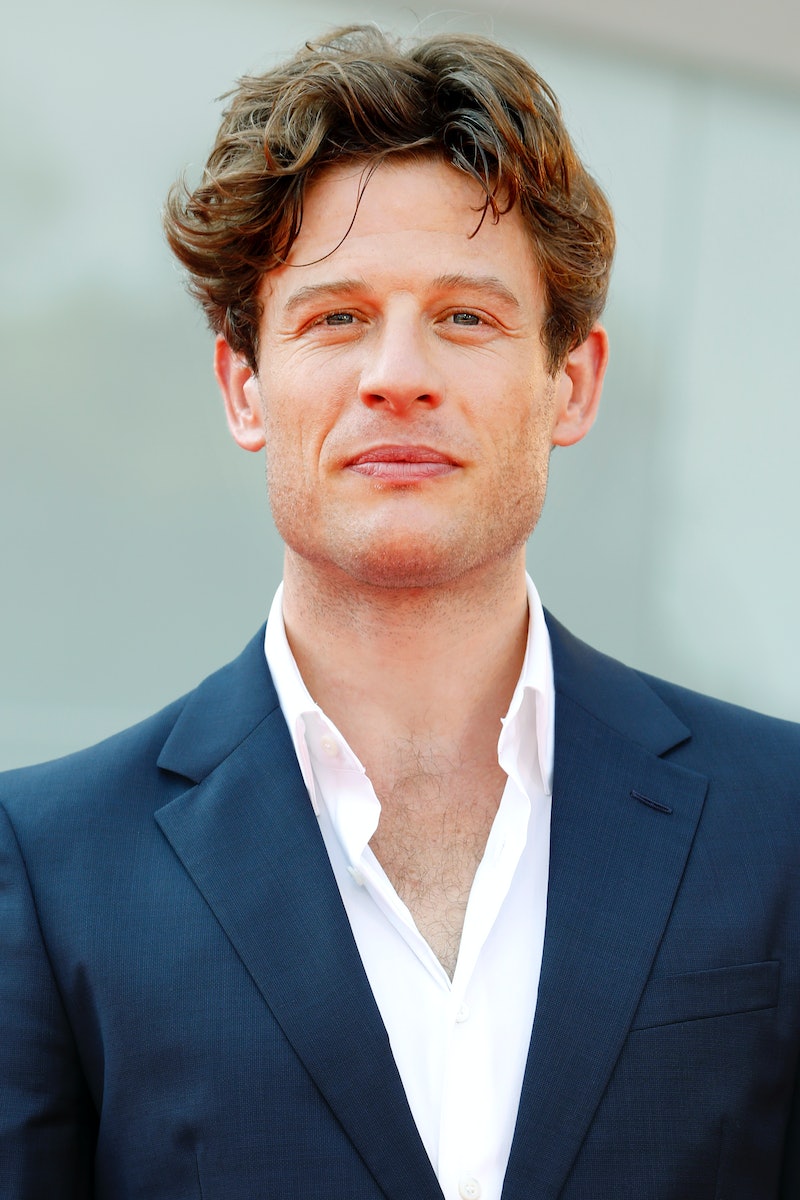 James Norton has taken on roles as a mobster’s son, a questionable vicar, and has even been pegged as the next James Bond. It’s clear he can play all kinds of characters but what’s next? Well the actor is returning to screens as Hugo Swan in Sky Atlantic’s new Victorian fantasy drama series, The Nevers. He’s spent 2020 working on new projects and as he’s developed a serious fan base, it begs the question, who is James Norton dating? While he may be one of the busiest British actors right now, he’s pretty private. And fair enough. However, it appears there’s one special person in his life.

He may be best known as Tommy Lee Royce in Happy Valley, Alex Godman in McMafia, or Sidney Chambers in Grantchester, but Norton took his work from the small to the seriously big screen in 2019 joining Meryl Streep, Emma Watson, and Saoirse Ronan in Little Women. And he’s been busy ever since — while many productions came to a standstill in 2020, Norton still managed to star in The Trial of Christine Keeler, Nowhere Special, and Things Heard and Seen.

So, Norton's career is clearly flying, but that doesn't come at the expense of a private life as it was revealed back in December 2017 that Norton is dating fellow actor, Imogen Poots. Norton and Poots appear to keep their cards close to the chest when it comes to details on their relationship, however the pair did make their first public appearance as an official couple at the Cannes Film Festival in 2018.

The pair went Insta official (kind of) in January 2019 with a snap of the two of them in Copenhagen. On the same trip, Norton captured Poots in a series of incredibly artsy black and white film photographs with a caption reading, “Trying my hand with some film cause I’m a dirty Luddite. Thanks to the Nikon FM3a and Imi for both being patient and forgiving. More to come…” Very sweet.

The Evening Standard explains that Poots splits her time between New York and London while Norton lives in Peckham, London. After being asked whether the pandemic put strain on their relationship, Poots said, “It’s all I’ve ever known. I’ve never known something to fall apart because of distance.” And the pair took a pretty big step in their relationship during 2020. The Daily Mail reported that after attending their first socially distanced film festival in Venice, the couple went back to Norton’s home where Poots had moved in during the pandemic.

Norton has been anything but typecast throughout his career and his latest role sees him take on the role of immoral aristocrat Hugo Swan in Joss Whedon’s fantasy murder mystery, The Nevers. His character runs an underground sex club and has enough information on every other character to be completely untouchable. As storylines overlap, Swan’s world comes under threat.

You can watch The Nevers on Sky Atlantic on May 20.

More like this
Lewis Capaldi Has Been Hilariously Candid About His Time On Dating Apps
By El Hunt
We’ve Got A Text! Another 'Love Island' Series Is On The Way
By Darshita Goyal
England's Ben White Proposed To His Girlfriend In The Sweetest Way
By Sam Ramsden
Owen Warner Knows Exactly What Type Of Relationship He Wants
By El Hunt
Get The Very Best Of Bustle/UK

This article was originally published on Jan. 11, 2019