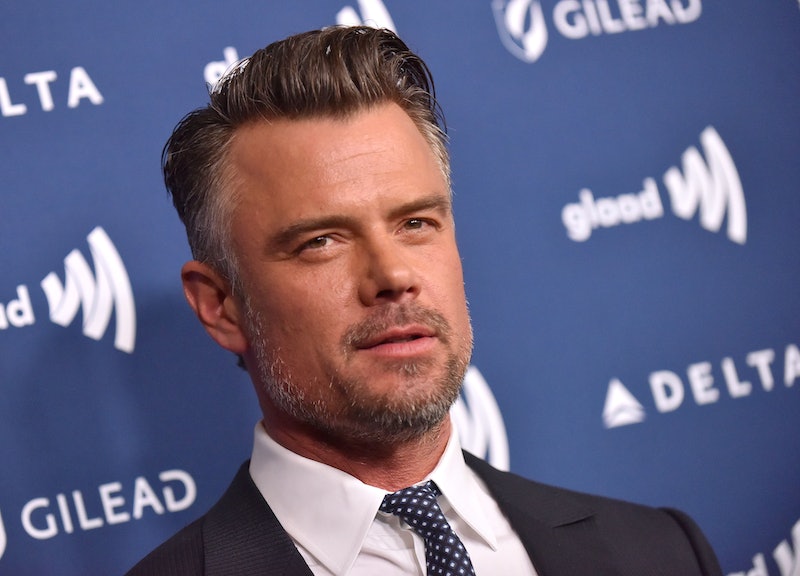 In his latest lead role as Sheldon Sampson, aka The Utopian, on the new Netflix series Jupiter’s Legacy, Josh Duhamel takes on a new kind of character as the wizened leader of an old guard of superheroes. The mythical turn marks an exciting new era for Duhamel, who has played everything from action hero to charming rom-com star — and in 2022’s Shotgun Wedding with J. Lo, he’s doing a bit of both.

The actor is well-known for the love stories he’s acted out on screen, but the Win A Date With Tad Hamilton! star’s romantic chops don’t stop in the fictional realm. In fact, his current relationship with model Audra Mari seems like something straight out of a movie. (Their meet-cute must have been worthy of the big screen.) Here is everything we know about Mari, Duhamel’s girlfriend of nearly two years.

Mari is a model who has competed in several pageants, and in 2016, she took home the prestigious honor of Miss World America. According to a video spot for the pageant, Mari studied public relations and communications at North Dakota State University. In the video, she also talked about the importance of family.

“I’m able to carry out my passion for children, have the chance to create change, to be a voice for causes near and dear to my heart, and to share compassion with those who are in need,” she said. Mari regularly shares snaps of her nieces on Instagram, while Duhamel shares son Axl with Fergie. They both seem to share a serious commitment to their respective families, which can only mean good things for their relationship.

She Was Born & Raised In North Dakota

Like his girlfriend, Duhamel got his start as a model. In 2015, he recounted to Harper’s Bazaar how he beat out Ashton Kutcher for Male Model of the Year in 1997. “I felt like Miss America when I won that thing,” he said. But that’s not the only connection they share — both Duhamel and Mari hail from North Dakota. Even though the couple hasn’t revealed how they first met, it’s possible that their shared home state had something to do with it.

Speaking of her home, in her video for Miss World, Mari explained that her grandfather moved to the United States from the Philippines to raise his family. “A shining example that anything is possible here,” she said.

The Couple Keeps Their Relationship Low-Key

Mari and Duhamel have been linked since late 2019, as the actor was finalizing his divorce with Fergie after separating two years earlier. They both seem to keep this part of their lives pretty private, but they were recently spotted on a date holding hands, and Mari has shared a handful of cute nods to their relationship on social media. Last November, she posted a photo of the Fargo Theatre advertising Duhamel’s new movie (and directorial debut), Buddy Games. “I’m so proud!!!!!” she captioned the photo, addressed to Duhamel.

Mari also poked fun at Duhamel’s carpentry skills, with a photo of her kicking back in a “beautiful, one-of-a-kind, handmade, semi-comfortable chair” he fashioned.

More like this
Pamela Anderson’s Dating & Marriage History Could Be Its Own TV Series
By Jake Viswanath
Who Is Allison Williams Dating After Her Divorce? She’s Engaged With A Child
By Jake Viswanath
Michael B. Jordan Tackled His "Public Breakup" With Lori Harvey On 'SNL'
By Brad Witter
Who Is Pete Davidson Dating? He & Chase Sui Wonders Got Caught Kissing
By Jake Viswanath
Get Even More From Bustle — Sign Up For The Newsletter
From hair trends to relationship advice, our daily newsletter has everything you need to sound like a person who’s on TikTok, even if you aren’t.