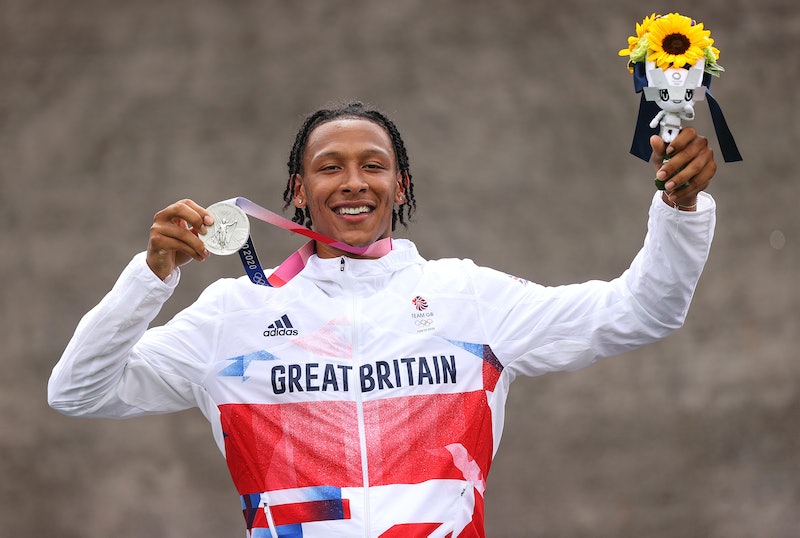 Dubbed the “Prince of Peckham” by South London News, Whyte has accomplished his Olympic dream of nearly a decade. Speaking to the local newspaper in April 2019, Whyte had said, “Since I was 12 years old, this has been my dream. This is where I’ve been destined to go. Now I’m here, I’m only going to try harder and get faster to win the Olympics.”

And now he has — finishing only 0.114 seconds behind the Dutch gold medallist Niek Kimmann. “The medal is flipping heavy,” he joked to South London News, continuing, “My neck’s aching. It nearly slipped out of my hands. It means everything to me.”

“It is a once-in-a-lifetime opportunity. It is pretty hard to get to the Olympics in the first place. To do well and get a medal, it is special.”

Here’s all we know about the “Prince of Peckham,” who’s name will surely be one for the history books.

Who is Kai Whyte?

Whyte is 21-year-old South Londoner who is now also Britain’s first ever BMX silver medallist in the men’s category. According to the Team GB website, he has been riding BMX bikes since he was three.

Since 2003, he has trained at the Peckham BMX Club under coach and club CEO CK Flash (real name Michael Pusey), according to the Evening Standard. His father, Nigel Whyte co-founded the club reports Reuters.

His elder brother, Tre Whyte, is also a BMX rider. The elder Whyte claimed a bronze medal at the 2014 BMX World Championships, but the postponement of the Tokyo 2020 dashed his Olympic ambitions. He retired in 2020.

The silver BMX medallist thanked his family, brother and club for staying up in the early hours of the morning to watch him race. “I reckon Tre might cry. My dad definitely did cry and my mum cried too. When I get back it will be crazy,” Whyte told the South London News.

What Medals Has Kai Whyte Won?

At the inaugural European Championships, held in Glasgow in 2018, Whyte picked up the silver medal. He also achieved World Cup victories in 2018 and 2019.

He also finished fifth in the 2019 World Championships and is ranked 12th in the world, according to South London News. He was unable to attend the Olympic test even in 2019 due to a ripped muscle in his kneecap.