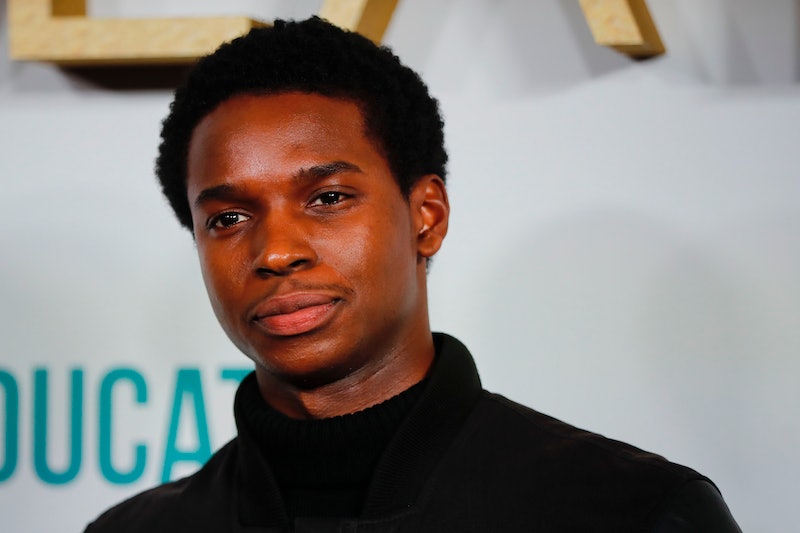 Steve McQueen’s highly anticipated five-film anthology Small Axe is coming to BBC One. The anthology continues with Lovers Rock on Sunday, Nov. 22, and stars Amarah-Jae St. Aubyn as Martha and Micheal Ward as Franklyn as they dance the night away at one of the many Blues parties of the 1980s. Enter: Martha's troublesome cousin Clifton, who arrives on the scene to spill the family secrets and dance in a world of his own. Who plays Martha’s cousin in Lovers Rock, and where have you seen him before?

Twenty-five-year-old Kedar Williams-Stirling is probably best known for playing the Head Boy, sports star, and popular, all-round good guy, Jackson Marchetti, in Netflix’s Sex Education. Williams-Sterling stars alongside Emma Mackey as Maeve Wiley and Asa Butterfield as Otis Milburn in both Season 1 and 2 of the Netflix teen drama, as well as currently-in-production Season 3, but it's not the only piece of British telly you might recognise him from.

From starting out at his star-producing Alma Mater, London’s Italia Conti Academy of Theatre Arts, Williams-Sterling cut his teeth on screen in the usual proving grounds of British dramas with guest spots on The Bill, Silent Witness and Doctors. A starring role as Tom Okanawe in the CBBC fantasy teen drama Wolfblood followed from 2012-2014.

In 2016, the U.S. came calling. Williams-Sterling landed a role in part one of A+E Networks’ Roots, the four-part reboot of the 1977 miniseries of the same name (in which the lead role of Kunta Kinte was played by Malachi Kirby, one of the stars of Small Axe’s first installment, Mangrove). More recently, in 2017, the actor was cast as Owen in six episodes of TNT’s, Will, an American drama about the fictionalised life of William Shakespeare in his early 20s.

You might also recognise the Manchester-born actor from a number of films, too. He landed a starring role as Junior in the 2010 British action film Shank at the age of 15, which kick started William-Sterling’s career on the big screen. A second starring role as Lorenzo in the action film Montana came in 2014, followed by Seth Green’s Changeland, a comedy-drama film in 2019.