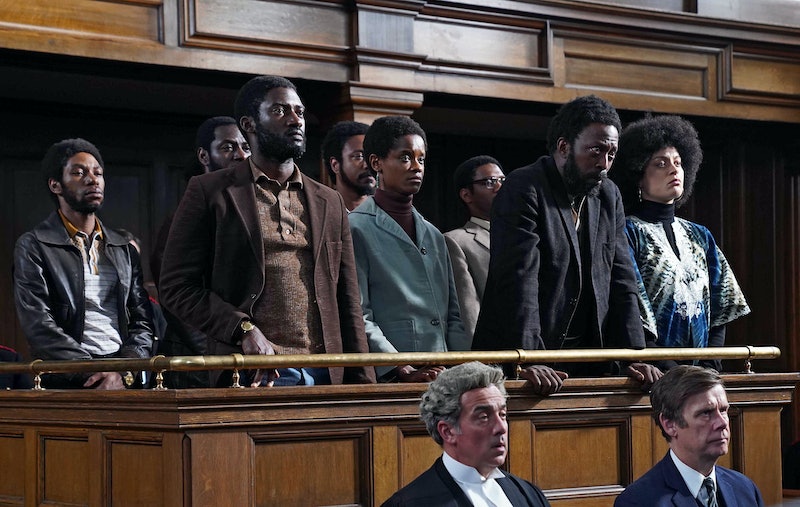 By now you've probably heard of Steve McQueen’s highly anticipated collection of films, Small Axe. The Academy Award, BAFTA and Golden Globe-winning filmmaker’s upcoming anthology is made up of five films set from the late 1960s to the mid-1980s, each telling a different story of the West Indian community in London. But what does the title ‘Small Axe’ mean?

Each episode of the Small Axe anthology is its own film, focusing on a different story from the post-Windrush generation – one McQueen, 51, was born into. The anthology’s title comes from an African proverb popularised in Jamaica and the West Indies by Bob Marley’s 1973 song of the same name which features the lyrics “If you are the big tree, we are the small axe.” It essentially means that even the mighty can be brought down small, but sustained action.

The first film in the anthology, Mangrove, will be shown on BBC One this Sunday (November 15), and stars Letitia Wright (Black Panther), Shaun Parkes (Lost in Space), and Malachi Kirby (Curfew). It centres around Mangrove, a Caribbean restaurant in Notting Hill that served as a community base, and the landmark 1970 trial of the Mangrove Nine, in which nine black activists fought against institutional racism.

Mangrove will be followed by Lovers Rock (November 22) a fictional tale of young love set at a Blues party in the early 1980s, Red, White and Blue (November 29) the true story of Leroy Logan (John Boyega) as he joins the London police force believing that racism within the police can be reformed from within, Alex Wheatle (December 6) a true story of an award-winning writer who is imprisoned during the Brixton Uprising of 1981, and finally Education (December 13) a delicate semi-autobiographical coming-of-age story of 12 year-old Kingsley (Kenyah Sandy).

Although the films are set firmly in the past, McQueen feels that Small Axe will still feel timely. “They are about the past, yet they are very much concerned with the present. A commentary on where we were, where we are and where we want to go,” McQueen explained to the BBC.

The series will premiere with Mangrove in the UK on November 15 on BBC One and in the US on November 20 on Amazon Prime, with one episode released per week.