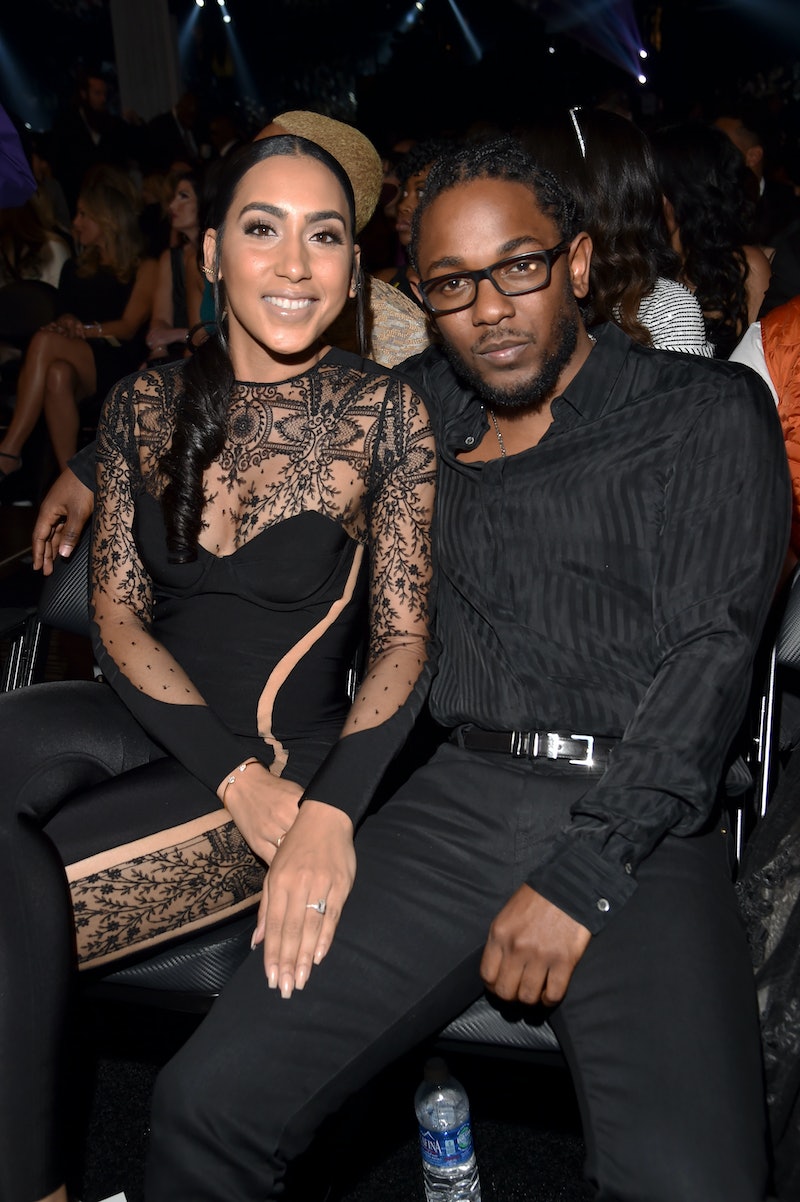 Kendrick Lamar tends to stay out of the public eye, making headlines for his music and accomplishments but rarely for his personal life. So it may surprise some of his fans to know that he’s engaged.

Lamar has known his fiancé, Whitney Alford, for most of his life. The two met while they were students at Centennial High School in their hometown of Compton, California, meaning they’ve been together since before his meteoric rise. “She’s been here since day one,” Lamar said of Alford in a 2015 New York Times profile, adding that she’s one of the few people in his life who will call him out.

Though Lamar told Billboard in 2015 that he’s not big on labels, it’s clear that he sees Alford as a true partner. “I wouldn’t even call her my girl,” he said. “That’s my best friend. I don’t even like the term that society has put in the world as far as being a companion — she’s somebody I can tell my fears to.” If not his “girl,” Alford is most definitely Lamar’s muse: She served as the inspiration for the song “LOVE.” on his third studio album, Damn.

After many years of dating, Lamar and Alford got engaged in 2015. Lamar explained on Power 105.1’s The Breakfast Club that he’s “loyal to the soil” and always honors the people who have stuck by him. “At the end of the day, you want to always have real people around you, period. Everybody that’s been around me, they been around me since day one, and I can’t change that,” Lamar said, further reiterating his commitment to Alford and his appreciation for their longterm relationship. “I always show respect when respect has been given. People that been by your side, you’re supposed to honor that.”

Lamar mostly keeps his relationship with Alford out of the spotlight, but she’s frequently attended events with him over the years. She’s not very active on Instagram, but does have a page, @BlushedbyWhit, where she’s posted a few photos of herself and her work as a makeup artist. Her bio also notes that she’s a licensed esthetician. However, Alford hasn’t uploaded since 2018.

She and Lamar have yet to tie the knot and haven’t shared any wedding plans, but they have taken another big step together: They welcomed their first child in 2019.