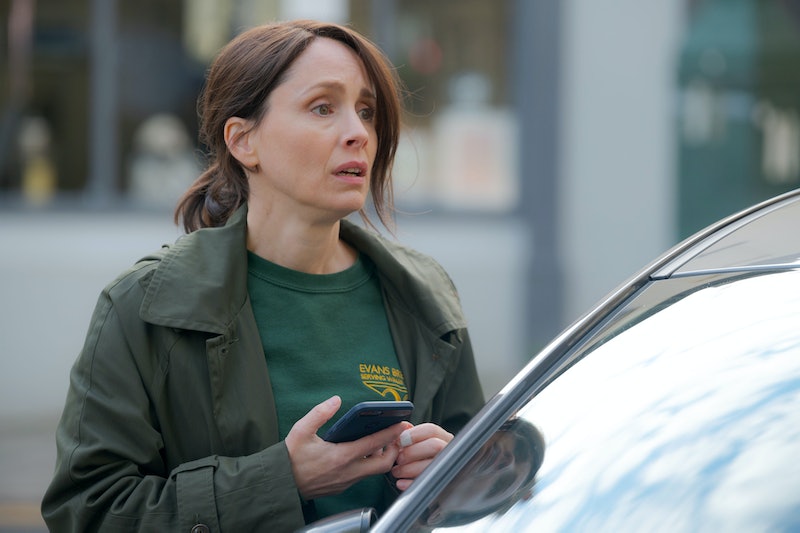 Secrets abound in BBC One’s latest drama The Pact, which sees a group of five women working at a brewery struggle to keep a conspiracy under wraps involving the death of their boss. The six-part thriller stars the likes of Broadchurch’s Julie Hesmondhalgh and Ray Donavan’s Eddie Marsan, but who plays Laura Fraser, the actor playing the show’s lead Anna Price?

Fraser is a Scottish actor from Glasgow who trained at the Royal Conservatoire of Scotland before starting her career in the 1995 film Small Faces. She initially started acting as a way to manage her emotions, which she was “at war with” in her late teens. “Like many families, we didn’t speak about the stuff that mattered,” she told Scottish lifestyle magazine Hood. “I was drawn to acting as it allowed me to recognise and explore many emotions I hadn’t allowed myself to feel before.”

Following her first role in Small Faces, Fraser appeared in episodes of Casualty and Taggart before starring as a blacksmith in A Knight’s Tale opposite Heath Ledger. From there she briefly appeared in the Tom Cruise-led sci-fi Vanilla Sky before landing roles in two TV dramas led by David Tennant, Casanova and Single Father.

Fraser has also starred in a trio of crime thrillers, The Missing with Keeley Hawes, The Loch with Siobhan Finneran, and Traces with Martin Compston. But she is most known for is of Lydia Rodarte-Quayle in Breaking Bad and Better Call Saul – a role she wouldn’t have got had she not lost the part of Nicholas Brody’s wife in Homeland.

“I had filmed the pilot episode with Damian Lewis. Then I learned they had reshot it with someone else playing the part,” she told The Herald. “I’ve since learned it’s a common thing in America, but I was more than a little heartbroken at the time. But if I hadn’t lost that part then I would not have been in Breaking Bad, so I’m glad that happened. So glad.”

Fraser joined Breaking Bad in its fifth season, and was one of the last foes for Walter White to kill leading up to the show’s finale. While her character may have had a short time on the original series, she frequently appears in the prequel Better Call Saul. While she was only “in one scene per season” throughout its first five, there’s always the possibility she could be a major player in its sixth and final series next year. “I’m up for doing more if they want me – of course,” she told The Sunday Post.

In the meantime, the actor is getting ready to translate a screenplay she wrote to the big screen which is slated to premiere next year, according to Hood. “I’ve always wanted to direct; I got to direct a 12-minute short last year, which allowed me to do so within a supportive environment,” Fraser told the magazine. “But I am excited to work on my screenplay and then direct it.”

More like this
Wait, Is Maya Jama Confirmed To Host 'Love Island'?
By Sophie McEvoy
Nicola Coughlan Addresses 'Bridgerton' Season 3 Backlash
By Sam Ramsden
The ‘Ted Lasso’ Cast Singing Along To “Sweet Caroline” Is Pure Gold
By Sam Ramsden
'Inside Man' Was Inspired By 'Sherlock' In The Most Unexpected Way
By Catharina Cheung and Maxine Harrison
Get The Very Best Of Bustle/UK