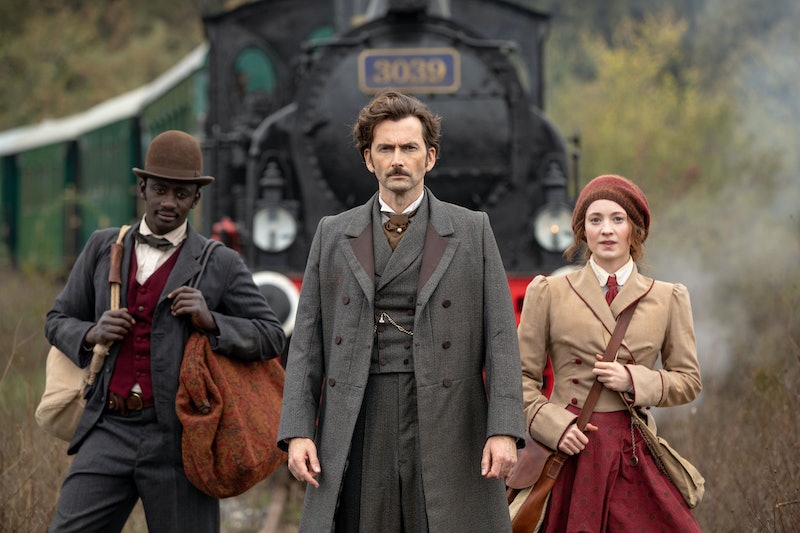 The much-anticipated television adaptation of Jules Verne’s classic novel Around The World In 80 Days is set to hit our screens on Boxing Day. The eight-part series, written by Ashley Pharoah (Life on Mars) and produced by Slim Film + Television. It features David Tennant as the famous Phileas Fogg, who is attempting to circumnavigate the world with his new valet Passepartout (played by Ibrahim Koma). And this adaptation also includes the addition of a new character and travelling companion, the aspiring journalist Abigail Fix, played by Leonie Benesch.

The 30-year-old German actress was born in Hamburg and attended the Guildhall School of Music and Drama in England, graduating in the class of 2016. Benesch’s acting career started before then, however, as she played a leading role in the award-winning German film The White Ribbon. Her performance in the film was so powerful that critics praised her as “a discovery” and she won Best Performance in an International Feature Film at the German Young Artist Awards and Best Actress at the US New Faces Awards.

Benesch has also acted in the German historical series Babylon Berlin — the Netflix drama that explores the political environment that led to Hitler’s rise to power — for which she won an award for Best Supporting Actress at the German Screen Actors Awards.

If none of these ring a bell, you’re likely to know Benesch from fan-favourite The Crown. The actor played Prince Philip’s sister, Princess Cecilie of Greece and Denmark, from 2017 to 2019.

And as for what Benesch’s got on next, she's set to take a role in an adaptation of the German bestseller book of the same name, The Swarm. The big-budget series is an eight-part sci-fi environmental thriller about the connection between the Earth and mankind. It was reported in the Guardian that, in a first for Germany, this TV adaptation will be filmed in English instead of German.

Before that, though, you can catch Benesch’s portrayal of Abigail Fix and follow along with the grand adventure in just a couple of weeks on Dec. 26 on BBC One.