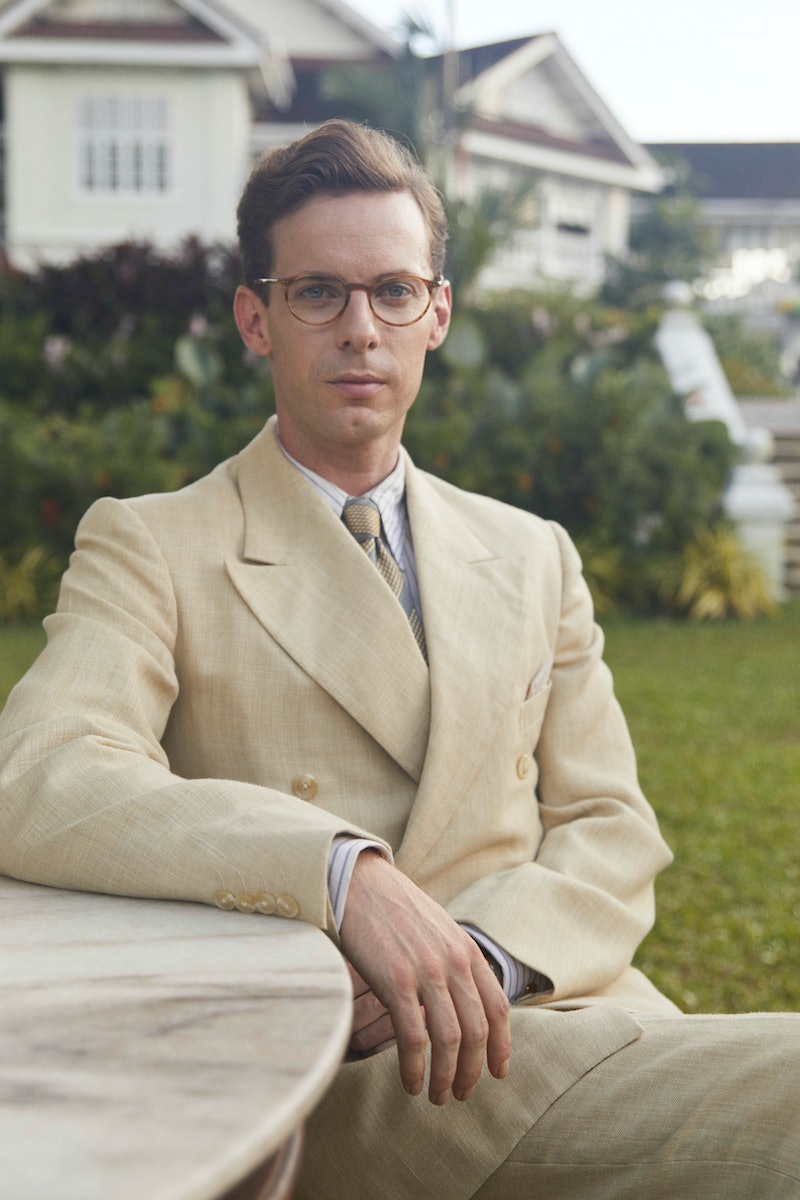 The latest period drama to air during ITV’s much-lauded Sunday night 9 p.m. slot, The Singapore Grip, is bringing many well known faces to our screens. But who is Luke Treadway, the actor playing Matthew Webb? Luke is no stranger to a costume drama bu

Raised in the rural village of Sandford in Devon, Treadaway's love of performance started pretty early on. According to the Evening Standard, Treadaway first found an interest in acting playing in the garden with his twin brother Harry (who is also an actor). From there, both went on to study at the London Academy of Music and Dramatic Arts (LAMDA) and also perform with the National Youth Theatre. It was during their time at NYT that they also became friends with Matt Smith. "He was leaning out of the window and was the first person we met when we arrived. We've been best mates ever since," he told The Independent in 2013. Talk about an iconic trio.

While they pursued the same passions throughs training at LAMDA, Luke and Harry didn't want their physical similarities as twins to define them, especially when it came to their wardrobes. "I think that's a bit strange to [dress twins the same]. They've enough of an uphill struggle to make their own identity. It's weird," he told The Independent. That's not to say they're not partial to starring alongside one another, as they portrayed conjoined twins Tom and Barry Howe in Brothers of the Head, a 2005 adaptation of Brian Aldiss' 1977 science fiction novel.

Harry then went on to star in the 2007 biopic of Joy Division's Ian Curtis titled Control, and 2009's Fish Tank, before landing the role of Dr. Victor Frankenstein on Penny Dreadful. Luke, on the other hand, focused his attention on television and National Theatre productions, including the lead role of Albert in the original War Horse, and the portrayal of Christopher Boone in The Curious Incident of the Dog in the Night-Time which earned him an Olivier award in 2013.

But you'll probably recognise him most as James Bowen in the heartwarming 2016 biopic A Street Cat Named Bob and through is portrayal of Vincent Rattrey in Sky Atlantic's psychological thriller Fortitude. He also played Hugh Fenton, in Channel 4’s enormously successful series Traitors, a newly elected MP hell bent on discovering the identity of a Russian spy in the British government.

Treadway’s latest show The Singapore Grip is set in colonial Singapore and told through his eyes. “Britain at its worst,” is how he describes this time period to the Guardian. However, despite Treadway's hope this this show will "enlighten British people about the fall of Singapore, a nearly forgotten disaster" (per the Guardian), it has already faced major criticism for insensitivity and whitewashing.

Among the many who’ve spoken out against the new series is BEATS, a not-for-profit advocacy organisation founded by British East and Southeast Asians working in the theatre and screen industries. In a statement BEATS said the show was “a kick in the teeth to the UK’s East and South East Asian community” and described it as a "jauntily-forced, comedic indulgence, presenting this traumatic period of Singapore’s history as little more than breezy and inconsequential." Director Mingyu Liu also tweeted, “This does to Singapore what most Vietnam war films did to Vietnam – relegate a country who suffered through a horrific war into a backdrop for a foreign, white narrative where the only BESEA characters are portrayed as exotically sexual options or nameless aggressors.”

This article was originally published on Feb. 17, 2019