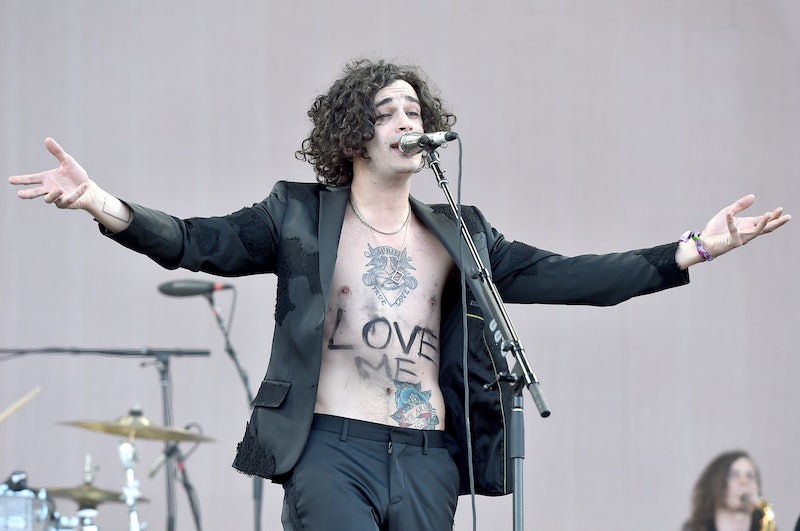 They are one of the biggest bands to come out of the UK in the last few years, earning them hoards of fans, international tours, hit albums, and a heck of a lot of attention. Yes, The 1975 are doing pretty damn well in a time when finding success in the music industry is tough AF, releasing their fourth album earlier this year. Given that they seem entirely focused on the music, you might think relationships don't get much of a look in. But, actually, they do. So, who is front man Matt Healy dating?

The talented lead singer of The 1975 is reportedly dating singer-songwriter FKA Twigs. The musician started her career as a backup dancer for artists like Kylie Minogue, Jessie J, and Plan B before debuting two solo EPs in 2012 and 2013. Her most recent record, Magdalene, received critical acclaim and featured the singles ‘Sad Day’ and ‘Cellophane’. While neither have confirmed that they’re indeed a couple, all signs are pointing in that direction. The pair were first spotted attending RuPaul’s DragCon UK together in January, then backstage together at the NME Awards in February. Most recently, Healy shared a snap of the singer describing her as a “legend”, “icon”, and “LOML” (“love of my life”) following an interview she gave with The New York Times detailing her relationship with actor Shia LaBeouf and the alleged abuse she suffered.

“It may be surprising to you to learn that I was in an emotionally and physically abusive relationship,” Twigs tweeted on Dec. 11. “It was hard for me to process too, during and after I never thought something like this would happen to me.”

“I hope that by sharing my experience I can truly help others feel like they are not alone,” she continued, “and shed some light on how those who are worried somebody they care about may be in an abusive relationship can help because it can be confusing and hard to know what to do.”

Healy, son of TV personality Denise Welch and actor Tim Healy, and brother of actor Louis Healy, has also been open about his life experiences since the beginning of his career. He has been entirely transparent regarding his battles with addiction, having done a stint in rehab in the Bahamas to tackle his heroin addiction. Speaking to The Irish Independent, he made it clear the thought of glamourising drug use was abhorrent to him.

"I don't want anyone to think that I was some countercultural hero who had done a bit of smack. That idea repulsed me, as did the idea of being like some kind of Pete Doherty kind of caricature. It's nothing like that. I didn't take heroin to be cool or edgy, it's more that I have an addictive personality".

This article was originally published on Feb. 20, 2019