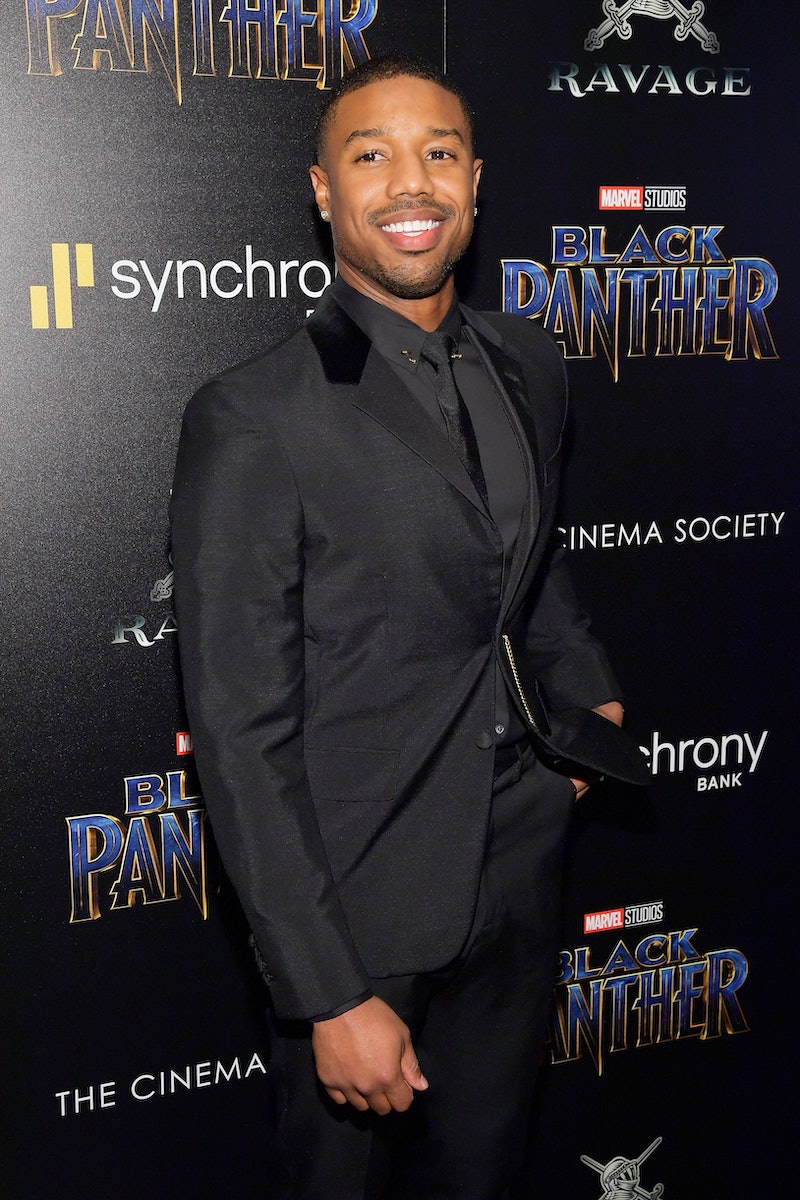 Despite the internet's vested interest in his love life, it's never been entirely clear who Michael B. Jordan is dating — until now. On Sunday, Jan. 10, Jordan confirmed that he was dating Lori Harvey, the stepdaughter of Steve Harvey, after months of speculation. Romance rumors started spreading in November 2020, when the two were spotted leaving a plane together before Thanksgiving, wearing almost identical sweatsuits, as per E! Online.

The couple made their relationship Instagram official by posting romantic snapshots of them cozying up and gazing at each other. While Jordan and Harvey tagged each other in their respective posts, they let the photos do the talking, with Harvey simply captioning her post with a brown heart emoji.

Previously, the Black Panther star has been pretty private about his relationships, and he seems to prefer it that way. He's been quite candid about how difficult the trappings of fame make it to date. "[If you're seen with someone], they're going to talk about you, they're going to find out who you are," he told GQ in 2018. "And now you and I are forever associated with one another. So now, how do you go anywhere normal, chill, just getting to know somebody that you just met, that you may not — may or may not — hit it off at all? That part of dating is tough."

While this marks the first time that Jordan has been public about his love life, the actor has been linked to many stars in the past. Jordan supposedly left the Met Gala with Kendall Jenner a few years ago, which caused a stir despite sources insisting the two simply happened to be leaving at the same time. There were also several rumors that Jordan was dating his Black Panther co-star Lupita Nyong'o, which Jordan subsequently shut down. "They're writing their own soap opera that they want to see happen," he told USA Today in 2018. "Me and Lupita? I love her to death. Beautiful girl, very talented. People write their own narratives — I don't have any control over that."

He's also been linked to If Beale Street Could Talk star Kiki Layne and Swedish musician Snoh Aalegra, but only because they appeared in a steamy music video together. There were also rumors he was dating fashion designer Firyal Nur Al Hossain and rapper Megan Thee Stallion, all because she rapped about wanting to date a "Michael."

Speaking of his heartthrob status, Jordan told USA that it's "something you get used to" and that "it's a humbling thing when people care about you." Now, he kind of likes to play into it. You might remember the viral tweet about the girl who broke her retainer because she was clenching her jaw so hard when watching Jordan in Black Panther. He offered to pay her orthodontist bills.

You also may recall when writer Bolu Babalola photoshopped herself into a photo with Jordan, joking that they were old flames who lost touch. They actually met in the weeks following, and Jordan joked with her about it in a playful tweet. The actor may think he's bad at dating, but his social media — and especially his latest Instagram photos — seem to prove otherwise.

This article was originally published on Feb. 24, 2019