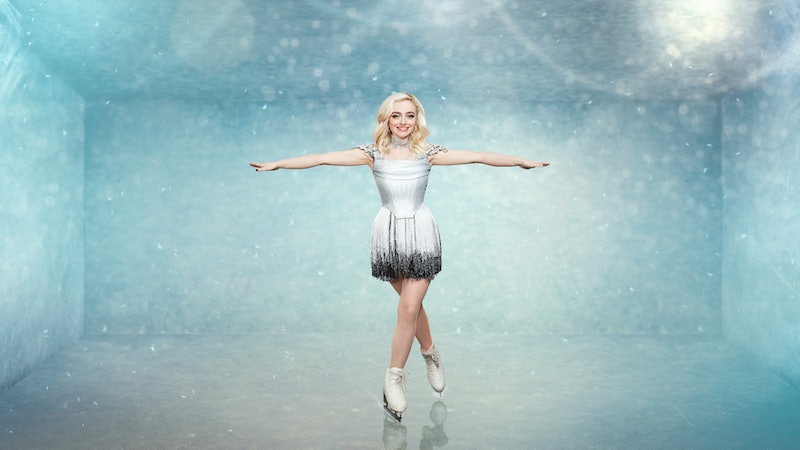 A new host of celebrities are ready to hit the ice rink once more with the return of ITV’s Dancing On Ice. 2023’s lineup includes Love Island winner Ekin-Su Cülcüloğlu, footballing legend John Fashanu, Olympic gymnast Nile Wilson, and former TOWIE star Joey Essex. Also joining this season’s ice skaters is a Coronation Street star. But who is Mollie Gallagher? Keep reading to find out everything you need to know about the actor.

Hailing from Swinton, Salford, Gallagher is best known as Coronation Street’s Nina Lucas. The 25-year-old actor joined the cast of the famous soap in 2019 as the niece of Roy Cropper, played by Corrie icon David Neilson. “I grew up loving Corrie,” she told ITV at the time. “When I found out I was going to be Roy’s niece, I was so happy. I thought, ‘wow what an amazing person to work alongside’, I still can’t believe it. Even now I still think wow I’m actually on the set of Coronation Street! It’s like I’ve watched all these people on my telly and now I am working with them.”

Her role the hate crime storyline she and her on-screen boyfriend, boyfriend Seb Franklin, highlighted, inspired by the tragic true story of Sophie Lancaster, led her to win the Serial Drama Performance at the 26th National Television Awards, and Best On-Screen Partnership alongside Neilson at the 2021 Inside Soap Awards. In 2022, she was also nominated for The British Soap Awards. But it was the NTAs which were a real highlight for the rising star, though.

Speaking to the Sun, Gallagher said it was a “dream come true” to be nominated for the top award. “In 2018 I went to watch the NTAs as an audience seat filler when I was at drama school. I was really ­nervous, but I thought it was so exciting to see all the stars,” she said, explaining how seat fillers – who literally fill a seat when an actor or a producer “nips” to the loo during the ceremony in order that the seats don’t look empty if the cameras pan across the ceremony – work. “If someone had said to me back then that I’d be ­nominated myself, I wouldn’t have believed them.”

Away from her work, the actor has 102K followers on Instagram at the time of publication, and posts a number of personal updates under the handle @mollie.gallagher_. Those updates include cute pics from her home which she reportedly shares with boyfriend Dan Myers. Per Hull Live, Myers is a guitarist with Manchester band Inego, who have been described as an "Indie rock with a splash of disco funk straight up with a pop twist." Despite her name and Manchester connection, Gallagher is not related to Oasis frontman Liam Gallagher - though the “Wonderwall” singer’s daughter is named Molly. (Uncanny, eh?)

On Jan. 5, Gallagher revelaed she would be partnering up with professional skater Sylvain Longchambon for Dancing On Ice. Captioning the post, Gallagher wrote: “Been having the best time the past couple of months and we are excited for everyone to watch woooo.” However, speaking to Lorraine [via Birmingham Live] the star has a very personal reason for getting her skates on. "I've not got the best coordination and everyone who knows me well knows that. It obviously involves a lot of coordination but that's another reason I wanted to do it: because I don't want to spend my life saying, 'I can't do this, I can't do that'." Which, if you ask me, is the best reason out there.

More like this
Everything To Know About The 'Daisy Jones & The Six' TV Series
By Maxine Harrison and Brad Witter
Adam Ali Hopes 'Waterloo Road' Will “Subvert” Queer Misconceptions
By Sam Ramsden
'The Last Of Us' Has Officially Been Renewed For Season 2
By Darshita Goyal
Is Winter 'Love Island' Flying Too Close To The Sun?
By Jason Okundaye
Get The Very Best Of Bustle/UK
Sign up for Bustle UK's twice-weekly newsletter, featuring the latest must-watch TV, moving personal stories, and expert advice on the hottest viral buys.