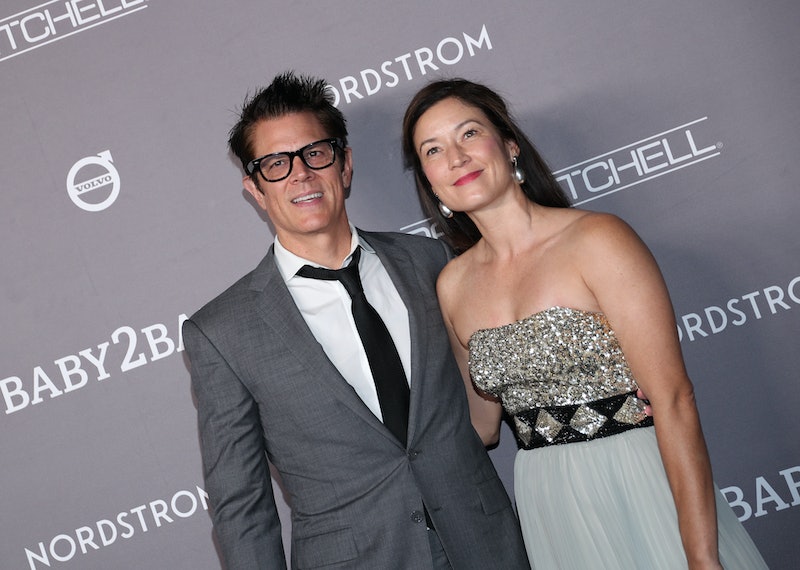 The entire Jackass gang — or at least, most of the original crew — has reunited once again for Jackass Forever, the franchise’s first film in over a decade. And while there is no shortage of broken bones, light head trauma, and truly absurd stunts in the latest flick, some of the Jackass MVPs are now considering calling it quits — including Johnny Knoxville, who feels it’s time to prioritize his health for the sake of his family.

“My doctor said I can't take another shot to the head, I've had so many concussions. I put my family through enough, quite honestly. I don't think I have anything else to prove,” Knoxville, whose real name is Philip John Clapp, told People last week. Naturally, this led fans to be curious about Knoxville’s family — particularly his wife Naomi Nelson, whom he married in 2010 after the birth of their first child.

Though the duo has been going strong for over a decade, Nelson has stayed under-the-radar. Below, what to know about Naomi Nelson, from her relationship with Johnny Knoxville to her own work in the film and TV industry.

Knoxville and Nelson went public with their relationship in 2009.

Knoxville finalized his divorce with his first wife, fashion designer Melanie Lynn Cates, in July 2009, after first filing papers in 2007. He and Cates share a daughter, Madison, who was born in 1996.

In Aug. 2009, Knoxville and Nelson made their relationship public, and revealed that they were expecting their first child together. In a post on Jackass’ former official website, Knoxville wrote that he and Nelson had “been together a few years now” and felt it was time to start a family. “[W]e are excited as all hell, and can’t wait ’til the little booger gets here,” he wrote, adding, “My daughter Madison has already started becoming a big sister, too, and is helping pick out clothes, strollers, and beds for her new little sister or brother.” Knoxville and Nelson’s son, Rocko Akira Clapp, was born in Dec. 2009.

The following year, the couple announced that they were expecting another child together. Nelson and Knoxville welcomed their daughter, Arlo, in Oct. 2011.

Nelson is a filmmaker who has directed two documentary short films.

Like her husband, Nelson has worked in film and television, though mostly from behind the camera. According to IMDb, her first industry gig was as a producer’s assistant for the second season of HBO’s Carnivàle. In 2009, Nelson co-directed a compilation of documentary shorts by Reel Grrls, a Seattle-based non-profit that teaches filmmaking skills and media literacy to teenage girls.

The following year, Nelson directed, co-wrote, and appeared in Fifth Star, a 2010 documentary short about how women secured the right to vote in Washington State during the height of the women’s suffrage movement.

Apart from her film credits and her relationship with Knoxville, very little is known about Nelson’s personal life, as she stays under-the-radar. As of Feb. 2022, she has no public social media profiles — but fans hoping to keep apprised of updates can follow Knoxville, who regularly posts tributes to his wife and his family on Instagram.