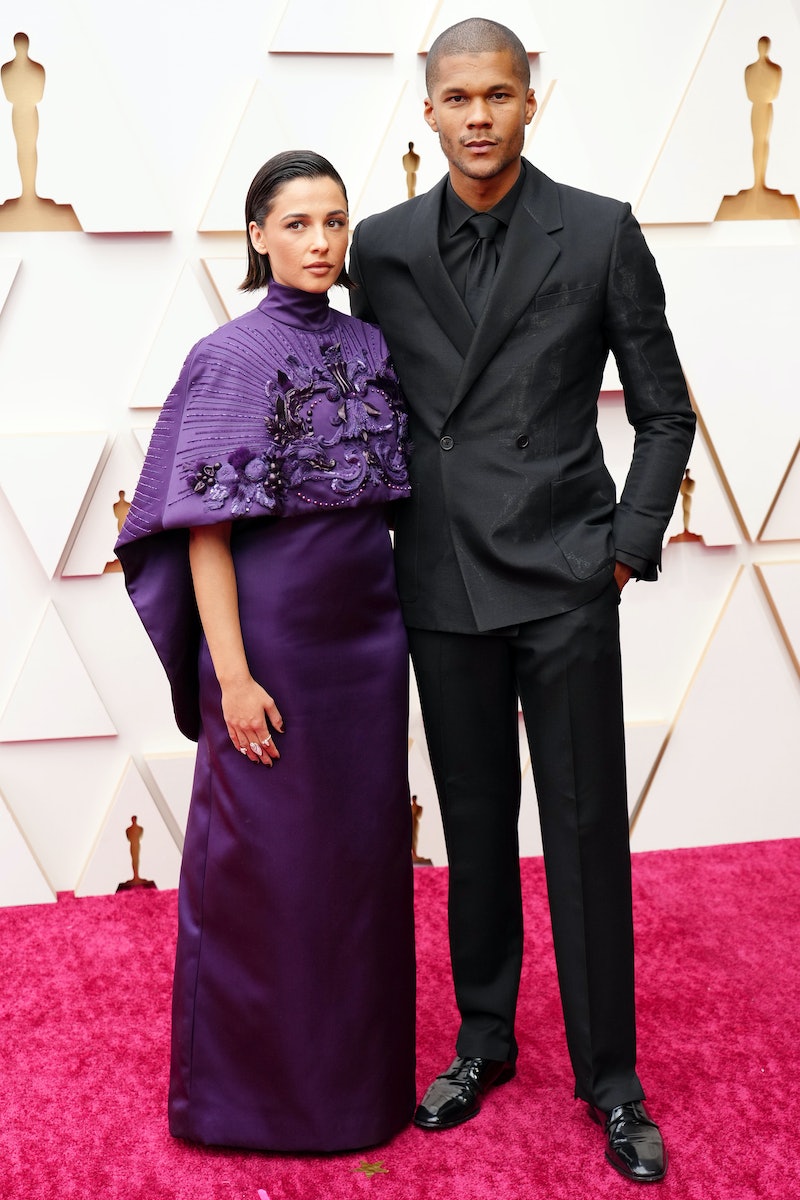 Following her starring role as Jasmine in Disney’s live-action Aladdin, Naomi Scott is returning to television in the Netflix political drama Anatomy of a Scandal. Adapted from the best-selling book of the same name, Scott plays Olivia Lytton, a young parliamentary researcher who accuses politician James Whitehouse of sexual assault. Outside this harrowing story, Naomi Scott has been in a committed relationship for quite some time now.

Scott is married to athlete Jordan Spence, who is a defender for Ipswich Town, and has been since 2014 (the pair dated for four years prior to their wedding). As ELLE noted, the two originally met at the Aladdin star's parents' church, which is the Bridge Church, Woodford in Redbridge, United Kingdom. The publication reported that the church is self-described as "a community of ordinary people who have found peace, joy and purpose in an extraordinary God."

In an interview with British Vogue, published in March 2019, Scott opened up about her relationship with Spence and the role that her religion plays in every aspect of her life. “[My faith is the foundation] of every decision I make, and of my marriage,” she told the publication, and continued to reveal that she and her spouse are aiming to be your next favourite power couple.

“And [my husband Jordan Spence and I are] are young people with big aspirations — I want to be a power couple, I want to make all the money and have a big house,” she said. “But sometimes Jordan and I say, ‘OK, if I never acted in a movie again, if he never set foot on a football pitch, would our world fall apart?’”

The couple made their most recent public appearance at the 94th annual Oscars in March. Described by Vogue as the night’s “breakout pair,” Scott and Spence wore matching Fendi outfits from the fashion house’s 2022 spring collection.

It sounds like despite all of the success that they've both had in their careers, they still have their priorities set totally on each other.

This article was originally published on May 24, 2019