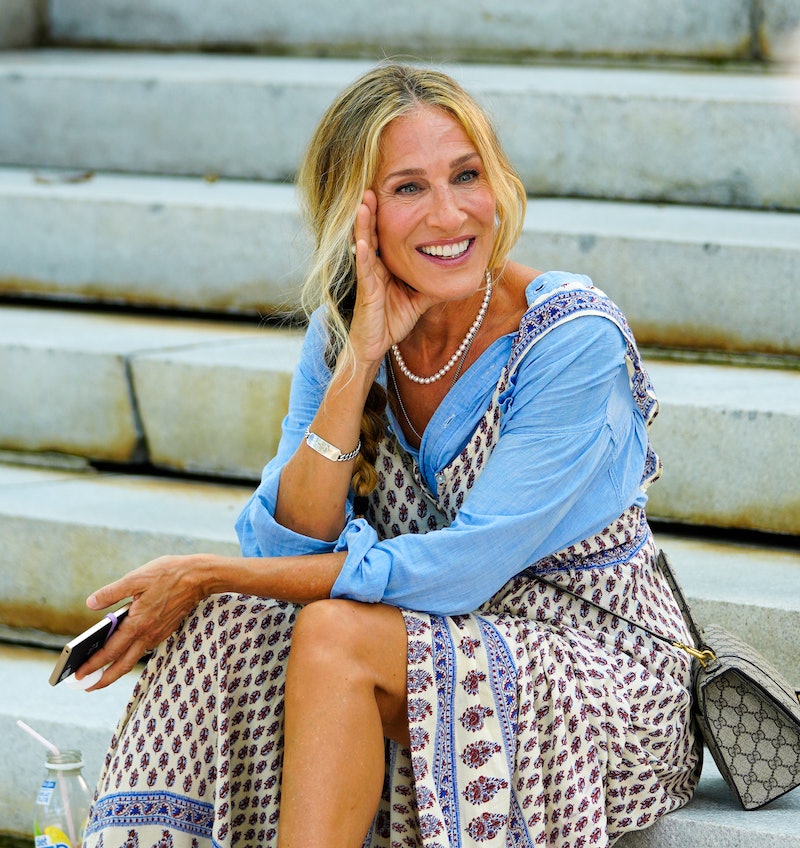 Sarah Jessica Parker has dropped another teaser ahead of the Sex and the City reboot – and it may just be her most cryptic yet. In a new, BTS snap posted to her Instagram on August 16, SJP can be been posing along Kristin Davis, Cynthia Nixon, and SATC newcomer Nicole Ari Parker, leaving fans wondering whether this was the new foursome who would be leading the series.

Nicole Ari Parker (who, despite the surname, is no relation to SJP) reposted the image and said, “These Beautiful Beings Thank you #SJP for holding the whole place together on such a long hot night.”

Unsurprisingly, the photo immediately got fans talking. Underneath SJP’s post, a number of commenters asked whether Nicole Ari Parker would be stepping into Kim Cattrall’s shoes. “Is she replacing Samantha Jones?” one wrote, with a shocked emoji face.

And Just Like That is set to pick up where we left off with Carrie Bradshaw, Charlotte York, and Miranda Hobbes. Much to fans disappointment, Samantha Jones won’t be present in the new series but it’s yet to be confirmed whether Lisa Todd Wexley will take up the mantle as the fourth main character.

Far from a stranger to the screen, Nicole Ari Parker has been acting since the early ’90s. Her most notable roles include Empire’s Giselle, Chicago P.D.’s Samantha and Time After Time’s Vanessa.

And Nicole Ari Parker isn’t the only new person joining the reboot’s refreshed cast. Hamilton’s Christopher Jackson – who will play Lisa’s husband – has also been pictured onset by SJP. Plus there’s Grey’s Anatomy star Sara Ramirez, who will play Che Diaz (the host of a podcast where Carrie is a regular guest); Karen Pittman​, who will play Dr Nya Wallace (a law professor at Columbia); and Sarita Choudhury, who will play Seema Patel (a Manhattan real estate broker).

And old favourites including Chris North, David Eigenberg, and Willie Garson will also star in And Just Like That too.

While creators are keeping it storylines underwarps, executive producer Michael Patrick King has spoken about the new character in a statement, saying “Each of them will add their unique spark and big heart to these new characters and the stories we are about to tell."