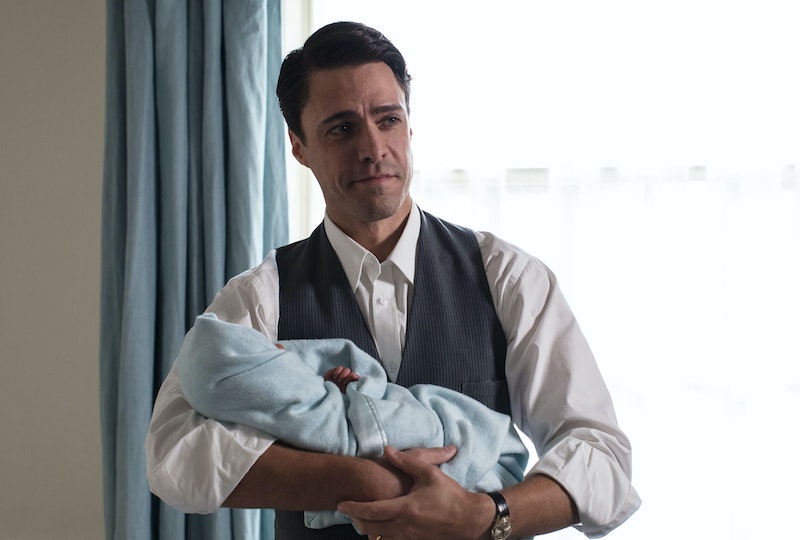 Period drama Call the Midwife has finally returned to our TV screens with a tenth series, and fans of Our Girl will totally recognise one of additions to the cast. While many will know him as Bones, Olly Rix plays Matthew Aylward, the husband of Trixie’s first patient, in the new season of Call the Midwife. But who is Olly Rix and what do we need to know about him?

Rix has joined the cast of the new series of Call the Midwife, which takes place in 1966. This series will see the introduction of a private clinic within Nonnatus House, which leads to some drama between Sister Julienne and Dr Turner. This potential partner is the Lady Emily Clinic, where Trixie is sent to get a feel for things and is also where she meets Fiona and her husband Matthew. An actor doesn't just land himself a role in an acclaimed BBC drama out of nowhere, though, and Rix's impressive CV and background shows exactly why he was chosen for the role.

Rix didn't start out in television, and instead amassed most of his experience from acting in theatre production. According to his IMDB profile, Rix graduated with a degree in English Literature from Trinity College Oxford. He then honed his passion for performance and followed it through with by training at the prestigious London Academy of Music and Dramatic Art (LAMDA) for two years,according to The Sun. LAMDA gave Rix an opportunity to learn more about professional acting, which was a step up from what was previously just university drama societies.

Rix's break came when he was chosen to star in the main role in Shakespeare's Cardenio and from there the young actor's career quickly picked up and he landed some very impressive roles with the Royal Shakespeare Company in productions of Richard II, where the king was played by none other than David Tennant.

Rix garnered even more attention when he was chosen to star in ABC's drama, Of Kings And Prophets, described as an "epic biblical saga of faith, ambition and betrayal as told through the eyes of a battle-weary king, a powerful and resentful prophet and a resourceful young shepherd on a collision course with destiny." Or, more succinctly (and excitingly) in the Guardian, as "the Bible meets Game Of Thrones." Sounds interesting, right? This is probably where you will have spotted Rix before and it was perhaps his meatiest TV role before snagging the Our Girl part.

Smaller TV roles have presented themselves along the way, with Rix also credited for appearing in Death Comes To Pemberley, Midsomer Murders, The Musketeers, and WPC 56. And in 2017, fans might remember the actor from the TV movie The Machine, as well as the second series of Starz’s The Spanish Princess.

With so many acting creds under his belt, we can expect to see a lot more from Rix in the coming year.

This article was originally published on June 6, 2018