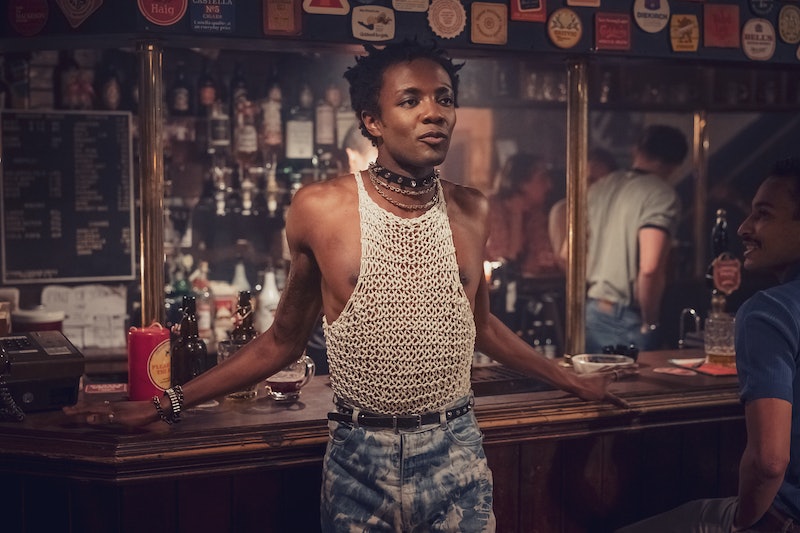 Written by renowned screenwriter Russell T Davies, Channel 4's It's a Sin follows the story of a group of best friends who live out their younger years in the shadow of the HIV and Aids crisis of the 1980s. The cast of the five-part drama features some major names from the worlds of music, acting, and beyond. But, who is Omari Douglas, the actor who plays Roscoe in It's a Sin?

Omari Douglas is a British actor with a variety of theatre credits to his name, including High Society and Wise Children at the Old Vic, and many more. Douglas graduated from the Arts Educational Schools in London back in 2015 and recently appeared in the BBC's Culture in Quarantine series, in which he did a reading of Willi Richards' queer play Rush alongside Rupert Everett. It's a Sin is the actor's first major on-screen role. In the series, he appears as the character of Roscoe Babatunde, a London party boy who is effectively disowned from his Nigerian family after coming out as gay.

Discussing his latest portrayal ahead of the show's debut, Douglas drew comparisons between himself and Roscoe, revealing that he identified with the character's desire to stand on his own two feet at a young age. "I think that is exactly what Roscoe is doing. I think if there is one thing that I felt like I understood immediately, it was the independence thing and wanting to stand really firmly on your own two feet," the actor commented.

Set in 1981, It's a Sin centres on a group of young gay men who move to London to live freely as their authentic selves. However, with a mysterious and deadly new virus on the rise, the friends are tested in ways they never imagined.

The show's official synopsis continues: "There are terrible losses and wonderful friendships. And complex families pushed to the limit and beyond. This is a series that remembers the boys we lost and celebrates those lives that burned so brightly.”