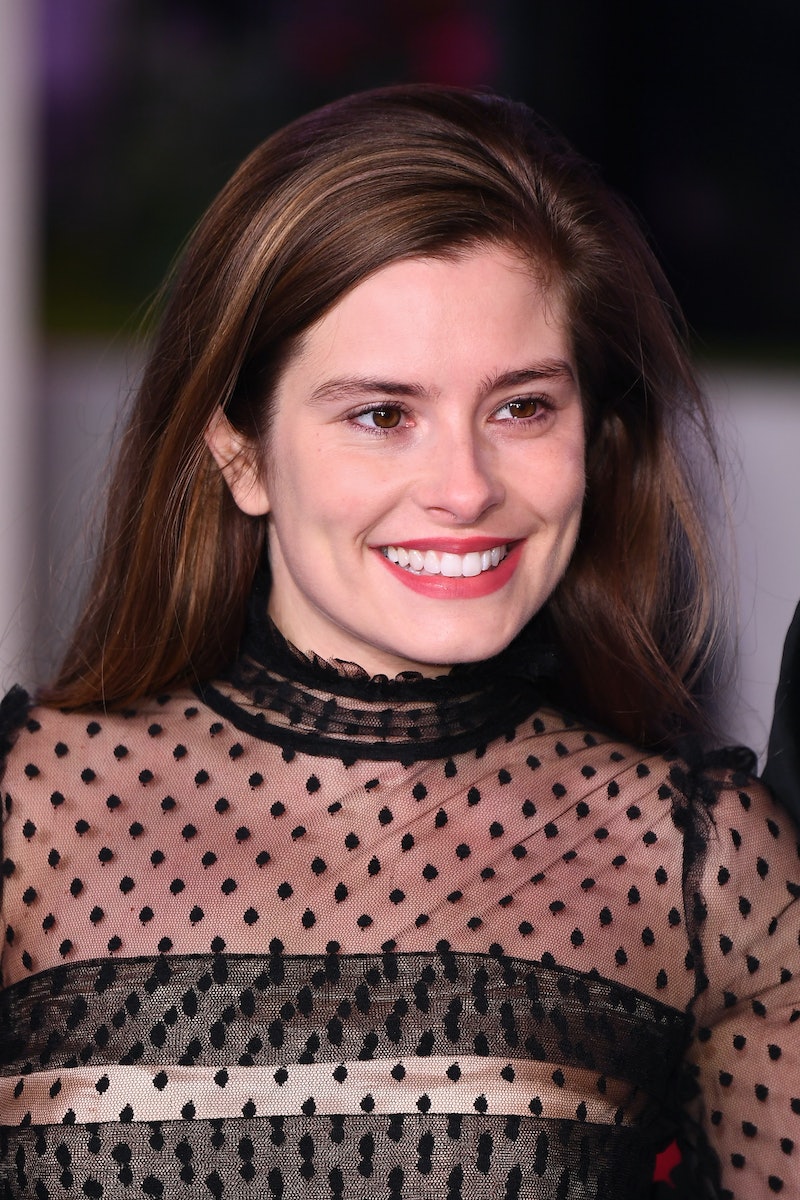 Using his experiences as a veterinary surgeon, James Alfred Wight's book series All Creatures Great And Small sees the author imagine himself as James Herriot — a newly qualified vet who moves to Yorkshire to work in a practice. Wight based the characters on people he knew, including his wife Joan who he named Helen Anderson in the books. But who is Rachel Shenton, the actor who plays Helen in the series?

Fans of Hollyoaks will recognise Shenton from her days on the series as Mitzeee Minniver, an aspiring glamour model that she played for four years and over 234 episodes. Shenton was 22-years-old when she landed the role, and the actor went on to appear in the likes of Holby City, Waterloo Road, and Doctors.

In 2011, Shenton jetted off to the States to star in the ABC series Switched at Birth which became the "first mainstream television series to have multiple deaf and hard-of-hearing series regulars, and scenes shot entirely in American Sign Language" as Harper's Bazaar notes. The star drew on her experiences with her father, who became profoundly deaf following cancer treatment. Following his death, she started going to evening classes to learn sign language after college. "It's a language within its own right, with its own alphabet, its own linguistics, its own dictionary," she told iNews. "It's so expressive."

Following the series end in 2017, Shenton drew upon these experiences further with her husband Chris Overton by creating the Oscar-winning short film The Silent Child. Written by the actor and directed by Overton, the film follows Libby (played by Maisie Sly), a profoundly deaf four-year-old girl who struggles to communicate. During their acceptance speech at the 90th Academy Awards, Shenton used sign language for Sly. "I made a promise to our six-year-old lead actress that I would sign this speech," she said accepting the award. "My hands are shaking a little bit so I apologise."

"The film is about a deaf child being born into a world of silence," she continued. "It's not exaggerated or sensationalsed for the movie, this is happening. Millions of children all over the world live in silence and face communication barriers and particularly access to education."

"Deafness is a silent disability, you can't see it and it's not life-threatening. So I want to say the biggest of thank you's to the Academy for allowing us to put this in front of a mainstream audience." Shenton has also been an ambassador for the National Deaf Children's Society since 2011 and is a patron of the charity Deaflinks Staffordshire. "I think it's totally feasible to go an entire lifetime knowing nothing about the subject, if it hasn't touched your life yet," the actor told iNews. "Maybe I wouldn't if it didn't happen to me."

There's a new film in the pipeline that will also "deal with the issue of deafness," but is not linked to The Silent Child. Shenton feels that she has the responsibility to use her platform to "have the world reflected in what [she] writes and make it feel accurate," as she told Harper's Bazaar.

"It's so important that the conversation about diversity is as loud as ever and it's so important to remember that disability is diversity. Disabled people are still hugely underrepresented in TV and film, which are supposed to mimic real life, so let's make it real life!"