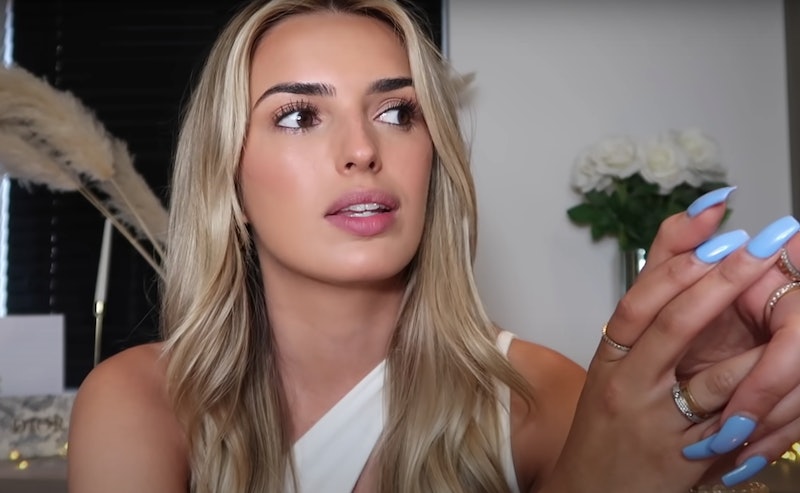 Sasha Attwood has been in the headlines this week after revealing the horrific online abuse she’s received in the wake of the Euros 2020 and her boyfriend Jack Grealish’s increasing popularity. The 25-year-old model from Solihull has been under the spotlight lately, but what else is there to know about Attwood? Keep reading to find out all about her job, her social media activity, and her long-term relationship with Grealish.

What Is Sasha Attwood’s Job?

Attwood is a model and is represented by Industry, where she has a profile page stating her details. According to The Sun, Attwood was scouted at just 13 in Birmingham while out shopping, and has modelled for brands such as Boohoo.

As well as modelling, Attwood is a successful Instagram influencer with over 50,000 followers. She also has her own YouTube channel.

As mentioned, Attwood is active on Instagram, and often posts outfits and beauty looks. She does not share any insight into her relationship with Grealish online (something she says is a conscious decision to avoid trolls and keep things private).

Attwood confirmed in her recent YouTube video that she’s been with the footballer since they met at school at 16 years old, meaning the pair have been together for nine years in total. They were reported to have hit a bit of a rocky patch in March 2021, but seem to be very much together now.

As mentioned, Attwood is very private about the relationship (as is Grealish), but the stunning model was occasionally spotted in the stands during the Euros to support her boyfriend.

A source did tell The Sun recently that “Sasha is his [Jack’s] secret weapon off the pitch and will support him no matter what. They’re both very close to each other.”

The couple recently enjoyed a holiday together in Croatia following England’s defeat at the Euros.

However, sadly, Attwood has detailed the abuse she has received lately after Grealish became so beloved. In a YouTube video, the model explained that she gets “200 death threats a day.”

She also explained that many of the comments come from girls as young as 13. “I just think it’s so toxic, social media, and it’s really sad that these generations are growing up thinking that it’s OK to say things like that,” she said of the trolling.

She did however mention that she’s a “strong” person, and that, despite everything, she will “continue to carry on as normal.”