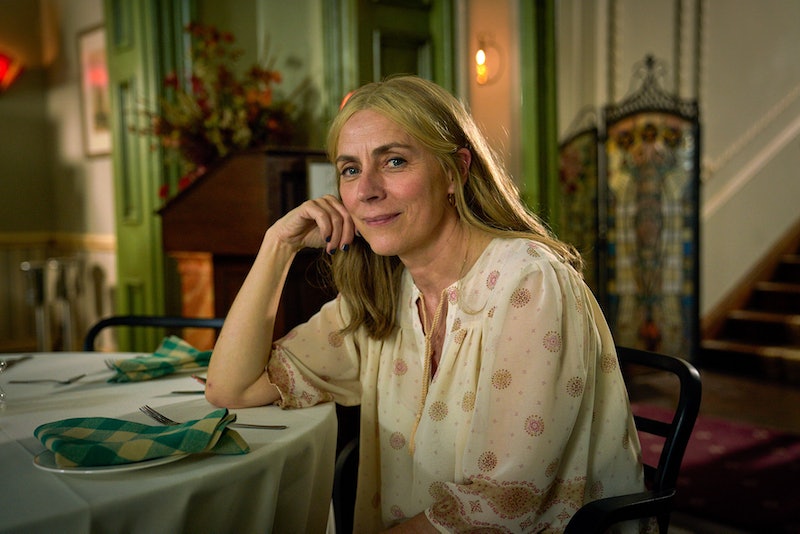 A dysfunctional family trio who reluctantly embark on an adventure across Europe are at the centre of the BBC's newest comedy-drama. The series is adapted from David Nicholls' Booker-longlisted novel of the same title, and features a cast headlined by the likes of Baptise star Tom Hollander and Doctor Foster's Tom Taylor. But who is Saskia Reeves, the actor who plays Connie?

As The Sun reports, Saskia Reeves is a British actor, most notable for her roles in the 1991 film Close My Eyes, and more recently, in ITV's Belgravia. Born in London, the actor attended the Lady Eleanor Holles School in Hampton, and later studied at the Guildhall School of Music and Drama. As noted on her official portfolio, Reeves has since enjoyed an illustrious career in film, television, and theatre, landing roles in the BBC spy drama Spooks, Luther, the 2000 sci-fi flick Dune, Collateral, Shetland, Wolf Hall, and more, the Radio Times reports.

The actor's most recent performance is in BBC's Us, as Connie Petersen — an artistic wife and mother who expresses a desire to end her 25-year marriage, right before setting off on a grand tour of Europe with her husband and teenage son in tow.

The four-part adaptation follows the travels of the Petersen family, who, despite mounting tensions between them, agree to venture on a trip across Europe together. During their international adventure, family patriarch Douglas (Hollander) vows to rebuild the fractured relationship with his only son and win back the love of his disinterested wife.

As previously mentioned, the BBC's latest offering is based on David Nicholls' critically-acclaimed 2014 novel of the same name. "Reflecting David Nicholls' signature mix of humour and heartbreak, Us brings the Petersens' poignant and often hilarious story to life, taking viewers with them on their once-in-a-lifetime journey through some of the most beautiful cities in the world," a BBC synopsis reads, referencing the author's work.