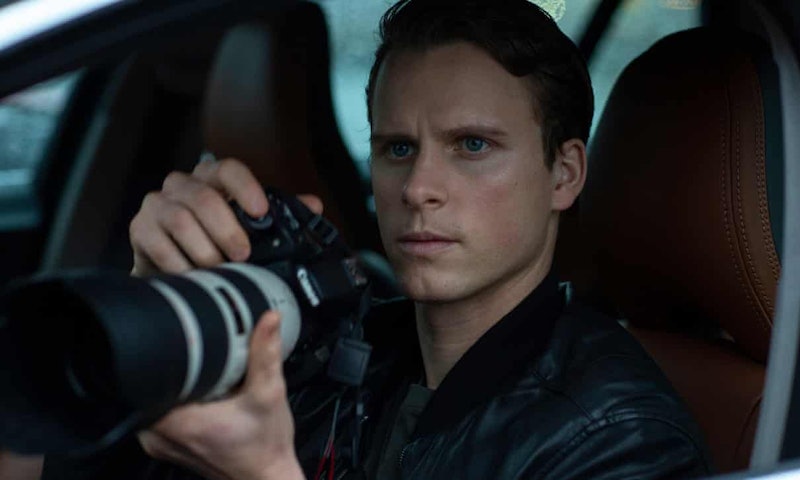 Based on the famed crime novels by Henning Mankel, Netflix's Young Wallander tells the story of an edgy young detective as he embarks on his first ever case. The cast of the six-part drama includes the likes of Fortitude star Leanne Best, Wolf Hall's Richard Dillane, and many more. But who is Adam Pålsson, the actor who plays detective Kurt Wallander?

As The Sun reports, Adam Pålsson is a Swedish actor and musician, and is perhaps best known for his previous roles in the 2017 police drama Before We Die, Swedish television series Don't Ever Wipe Tears Without Gloves, the third series of The Bridge, and the 2017 TV thriller Before We Die. The actor also previously appeared in the 2018 drama Moscow Noir, the Express reports, and recently starred opposite Hugh Laurie in the HBO sci-fi comedy Avenue 5. Prior to some of his most recent on-screen gigs, Pålsson was also the lead singer of a Swedish indie rock group known as ÅR&DAR.

As mentioned previously, Pålsson will lead the cast of Netflix's Young Wallander, a show described as "a modern reimagining of the legendary detective, Kurt Wallander, who must navigate the increasingly violent environment of present-day Sweden." As the Radio Times reports, the Netflix offering also promises to examine the legendary character's "formative experiences," and a mixture of top British and Swedish acting talent will star alongside Pålsson throughout the new series — including Richard Dillane as Superintendent Hemberg, Leanne Best as Frida Rask, Ellise Chappell as Mona, Yasen Atour as Reza, Charles Mnene as Bash, and more.

In a conversation with the Guardian, Pålsson opened up about the anxieties he faced on set, some of which were born from the language-barrier between himself and his predominantly British cast mates. “In the beginning, I just felt awful,” the actor recalled. “Language-wise, I was worried about being able to express myself accurately. But then, after a while, I just started to think, ‘Hey, they chose me. It’s their problem, not mine.’ I had to think that way to stay focused and confident."

Elsewhere, the leading man explained his strong connection to the character of detective Wallander, revealing that he's spent much of his life "in Wallander land."

"South of Sweden, where the novels take place. My whole family’s from there. My grandma, she has a house in the same small village where Wallander’s dad lives," Pålsson told the Guardian. "So I’ve always had that in me. My dad’s name is Kurt. It feels like my childhood was surrounded by Wallander in a way.”

More like this
'Blue Story' Fans Will Recognise 'The Confessions Of Frannie Langton’s Karla-Simone Spence
By Maxine Harrison
Owen Warner's Net Worth Might Surprise 'I'm A Celeb' Fans
By Sam Ramsden
Our First Look At 'Vardy V Rooney: A Courtroom Drama' Doesn’t Disappoint
By Bustle UK
'Waterloo Road' Is Back, With More Than A Few Familiar Faces
By Sam Ramsden and Vivian Iroanya
Get The Very Best Of Bustle/UK