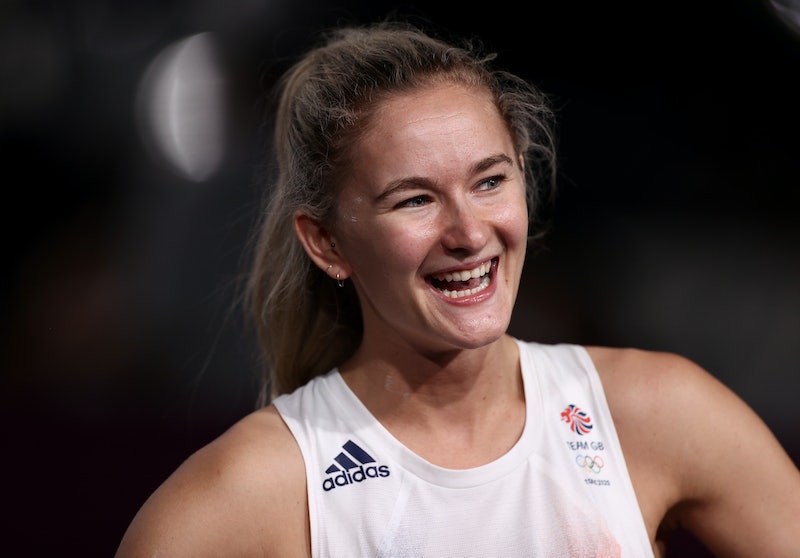 Each year more and more sports are added to the Summer Olympics roster. This year, at the Tokyo 2020 Olympic Games, karate, skateboarding and surfing made their Olympic debut. Another event set to make its entrance onto the Olympic scene is sport climbing and Team GB climber Shauna Coxsey is no stranger to competition.

Who is Shauna Coxsey?

Coxsey is a British boulderer and climber who was born on 27 January, 1993 in Runcorn, Cheshire, in North-West England. According to Climbing Magazine, Coxley was inspired to start rock climbing aged four, after she had seen French climber Catherine Destivelle free-solo the red sandstone cliffs in Mali on television. Three years later, aged seven, she won her first competition, and in 2015 Coxsey became a national champion and world champion at the British Bouldering World Championships and Bouldering World Cup in Munich, respectively.

In 2016, Coxsey was appointed Member of the Order of the British Empire (MBE) for services to climbing in Queen Elizabeth’s 90th Birthday Honours. The same year and in 2017, she won back-to-back International Federation of Sport Climbing (IFSC) Bouldering World Cups. Despite Coxsey mainly focussing on indoor bouldering, she has managed to break outdoor records, too. She was the first British woman to climb V12, V13, and V14 (the “V” scale used to define the physical difficulty of a climbing route, from V0-V17) outside, and the third woman ever to climb V14, per Climbing Magazine.

Where did Shana Coxsey rank at the Olympics?

Unfortunately Coxsey wasn’t able to make it into the women’s final (August 6) at Tokyo 2020. With just one medal given to the climbing event, speed, bouldering and lead – which are normally three separate disciplines – were merged as one sport. The combination of the three sports has been controversial as each requires markedly different skill sets: speed climbing requires the athlete to ascend the wall as fast as possible; bouldering requires the competitors to solve climbing problems as they traverse the wall; and lead is a high-endurance event.

“The format is not ideal,” Coxsey – who usually focuses on bouldering – told The Guardian. “As an athlete, I think it’s pretty risky on your body. It’s intense. It’s almost impossible to train all the aspects of the combined in a good way, anyway.”

Not only is the Olympic event not her speciality, but Coxsey has been suffering with multiple injuries over the past year. Coxsey told her Instagram followers that she had been suffering with issues in her back following an epidural that she had for her knee pains last year, and had been in pain ever since. Just before the Olympic eventing, Coxsey also tore her meniscus – a ligament in the knee – but still competed in the heats in Tokyo.

“When I say I didn’t know if I’d actually get to become an Olympian, trust me, I mean it, she wrote on Instagram. “If the struggles I’ve been through to get here and the constant pain in my back wasn’t enough, I tore my meniscus in training a few days before competing at the Games.”

“I desperately wanted to finish my journey as a complete climber fighting on the wall with a smile on my face,” she added. “I love this sport. It meant so much to me that I was able to get out there and have fun. Even despite moves like above being rather painful.”

More like this
This Dark Humpty Dumpty Theory Will Haunt You
By El Hunt
David Beckham’s Controversial Qatar Deal Skyrocketed His Net Worth
By Catharina Cheung
Turns Out George Clooney Is A Huge Fan Of This Classic British Game Show
By El Hunt
Rita Ora Finally Opened Up About Marrying Taika Waititi & Their "Perfect" Wedding
By Sophie McEvoy and Catharina Cheung
Get The Very Best Of Bustle/UK
Sign up for Bustle UK's twice-weekly newsletter, featuring the latest must-watch TV, moving personal stories, and expert advice on the hottest viral buys.