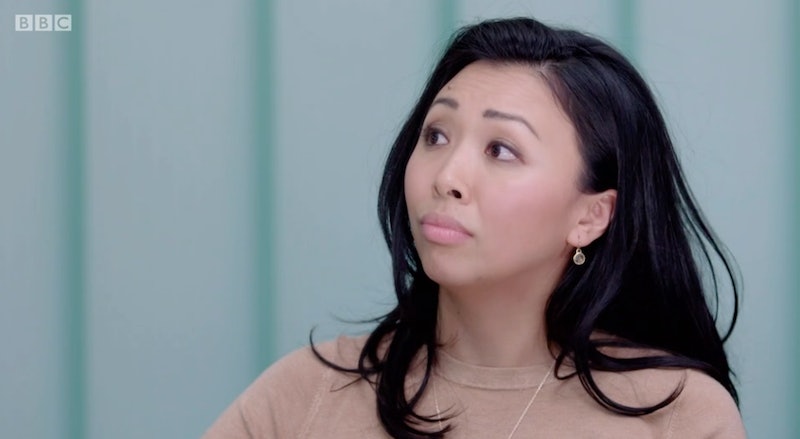 Presented by Michael Mosley, BBC's four-part series The Diagnosis Detectives sees a group of 12 experts in different fields working together to solve medical mysteries. In the first couple of episodes, two patients present skin diseases that have remained unsolved for years and it's up to the show's consultant dermatologist to diagnose and treat their conditions. But who is The Diagnosis Detectives dermatologist Sharon Wong?

Dr Sharon Wong is a UK trained Consultant Dermatologist who specialises in treating hair and scalp disorders. She also provides medical and surgical treatment for a wide range of general skin conditions such as acne, eczema, psoriasis, lumps, and bumps.

Wong has a personal connection to her field of choice, as she herself suffers with eczema, a skin condition that "causes the skin to become itchy, dry and cracked" as the NHS writes. Controlling her eczema and experiencing the physical and mental impacts it can have became a catalyst for her interest in dermatology. "I think the general perception of dermatology is that we're all about botox, fillers, and what your skin looks like from the outside," she said on Diagnosis Detectives. "But the skin is the gateway to the rest of your body — a lot can go wrong with it. In very rare cases some patients can die from skin disease so it isn't just a superficial problem. It goes a lot, lot deeper than that."

Wong studied medicine and worked on her intercalated BSc degree in Clinical Genetics at St George's Hospital in London, and went on to work on her speciality in dermatology at "some of London's most prestigious hospitals including Barts Health NHS Trust and The Royal Free Hospital," her official site reads. She worked at the Homerton University hospital between 2012 and 2018 where she had a dedicated NHS hair clinic and currently provides services only in the private sector.

As well as lending her skill to patients in The Diagnosis Detectives, she also appears on the BBC Three series Skin which focuses on young people with skin conditions such as acne, birthmarks, scarring, and cysts.