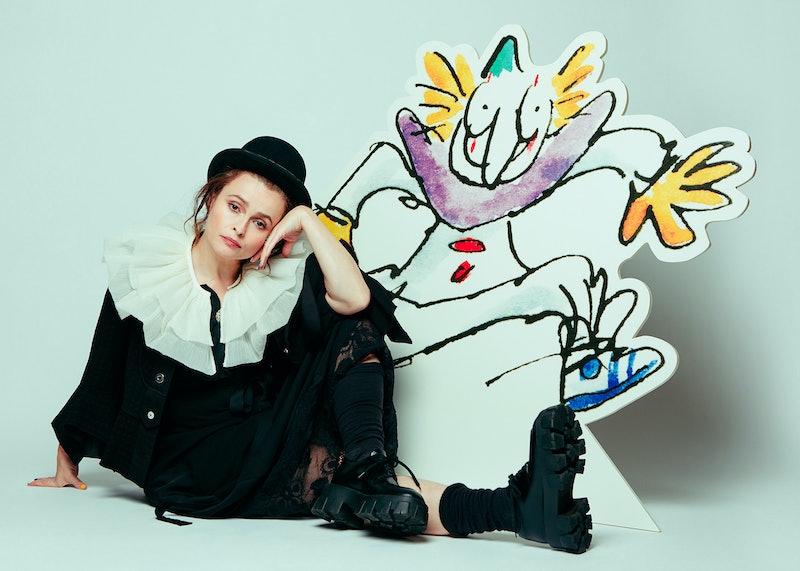 What's Christmas without an animated special to get you teary-eyed? The Snowman is still a firm fave but, over the festive period, Channel 4 will release a new animation that is a guaranteed crowd pleaser. Based on the classic children's book Clown, written and illustrated by Sir Quentin Blake, the one-off special will bring to life the adventures of a little toy clown, thrown away with a load of old discarded toys. But who is the narrator on Quentin Blake's Clown? I'm sure you'll recognise the voice...

Bafta-winning actor Helena Bonham-Carter will be narrating the 30-minute programme, which is due to air on Christmas Day. Inspired by the original book, Clown will use traditional hand-drawn animation techniques to capture the unique style of Quentin Blake’s artwork.

Channel 4 has released a short trailer of the animation, where viewers can get a glimpse of Bonham-Carter's narration.

Speaking to Radio Times, the actor said: “I was immediately drawn to this project by the gathering of so many artists from all the different corners of the world.”

The Crown actor added: “I love the idea of bridging that gap, particularly in a time when COVID has made everyone so separate.”

So what will the little toy clown get up to? As the story goes, after he's been thrown away, the clown goes on a journey to find a new loving home for himself and his friends.

Sir Quentin has illustrated over 300 books, including 18 written by Roald Dahl. The legendary illustrator says the toy clown is one of his favourite characters.

“Clown has always been one of my favourite characters, and it’s wonderful now to see him off the page and running about on his own,” he said in a statement published about the new show.

Accompanying the programme will be a short ‘making of’ special feature with contributions by Quentin Blake, Helena Bonham-Carter, and the key animators and executives, giving insight into the creative process.