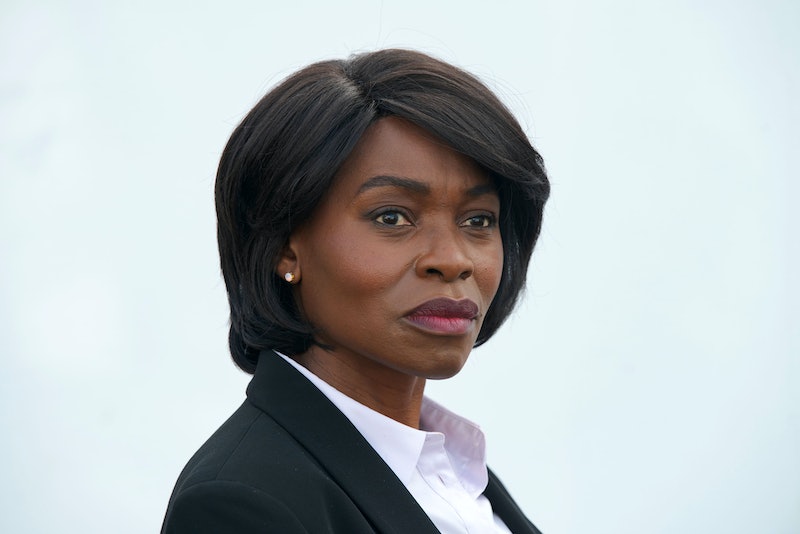 Dark family secrets, a mysterious death, and friends sworn to silence, new BBC thriller The Pact has all this and more. The series begins after four employees decide to play a prank on their controlling boss. When he ends up dead they all have serious questions to answer. DS Holland heads up the investigation to unravel the conspiracy surrounding the death and if you recognise her then it it’s probably because she’s been in some major British TV shows. So, who is Rakie Ayola and what might you have seen her in?

Ayola was born in London but raised by her mother’s cousin in Wales. The Financial Times reports that Ayola attended Windsor Clive Primary and Glan Ely High School in Cardiff before studying at the Welsh College of Music and Drama (now known as the Royal Welsh College.) In an interview with the publication she said, “My drama teacher took me to youth theatre. That introduced me to the very vibrant amateur scene in Cardiff; I auditioned for anything I was eligible for.”

She told the FT that her drama teacher and head of studies at college encouraged her passion for drama and love of Shakespeare. After graduating, Ayola starred in Soldier, Soldier, Maisie Raine, and Eastenders. Between 2003 and 2008 she starred in Holby City and played Olivia Lennox in season five of Shetland. Ayola also took on the formidable role of Prime Minister Opal Folami in BBC’s Noughts and Crosses. Season 1 aired in 2020 and was met with rave reviews. She’s also played one-off roles in Black Mirror and Doctor Who.

In July last year, Ayola played Gee Walker in BBC One’s TV movie Anthony. It told the true story of 18-year-old Anthony Walker, who was murdered by two white men in an unprovoked racist attack in 2005. Speaking about the obligation that came with the role to the Evening Standard, Ayola said “I was so nervous because [Gee] was there and I got quieter and quieter as we went on and got closer to the event [the killing]. It felt wrong to try to play that well when the woman who lived it was in the room.”

When she’s not acting Ayola spends a lot of time advocating for the Childhood Tumour Trust (CTT). The charity works to connect children and families living with neurofibromatosis type one. It’s a cause very close to Ayola’s heart, as Vanity Fair reports, her eldest daughter, Tansy, was diagnosed with incurable neurofibromatosis type one when she was eight. In an interview with the publication she explained the kinds of events the charity puts on for children. “They have virtual sleepovers where everyone gets a party pack and does facials, foot spas and all sorts,” she said.

In her latest role, Ayola plays DS Holland, the senior detective investigating the death of Jack Holland. While her character is good at her job, she’s not the stereotypical police officer. Ayola told Radio Times: “She probably wasn’t a brilliant ‘bobby on the beat’; she would have done what she needed to do, but that’s not where her strengths are,” she said on the Radio Times, “Her strengths are in detecting… understanding the kind of person that would commit a crime and why they would do it, then looking into that.”

The Pact premiered on May 17 on BBC One at 9 p.m. You can watch it on catchup on BBC iPlayer.