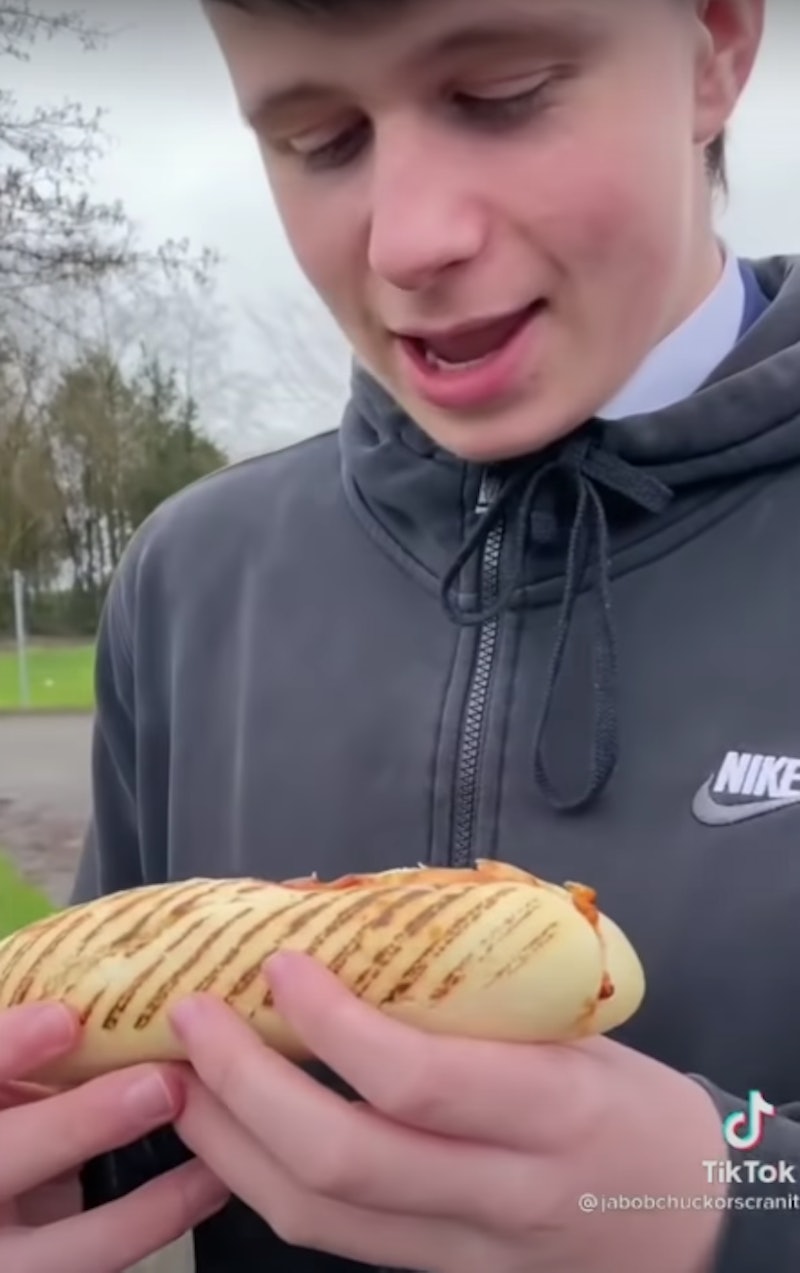 Ollie Ball may sound like the name of someone you went to secondary school with, but this student is no ordinary teenager. Ollie ball has become a TikTok sensation throughout lockdown with his videos sharing food reviews and creating skits with his pal Jacob. He’s amassed over 10 million likes on the app, but what is it about Ollie that has him going viral?

As mentioned, Ollie has taken TikTok by storm with videos showing him eating snacks – including items from his school’s canteen – in the style of a serious news anchor. He’ll start out by singing a popular song before segueing into his review... You’ll just have to watch to see what I mean.

Whether it’s a chicken goujon wrap, a creme egg, a £1 ice cream cone, or a chocolate brownie, they’re all getting the same level of in-depth analysis from Ollie.

Since he joined the platform, Ollie’s made a name for himself with famous phrases such as the ever-popular “chuck or scran it,” “I’ve got commitment issues” and his tagline, “It’s Ollie Ball here.” It’s the his schoolboy charm and wit that has his views racking up. He’ll remind you of every boy you went to secondary school with.

Ollie now has more than one million followers on TikTok and 10.3 million likes. He’s been on Newsround and BBC News and has gained some seriously famous followers along the way, including singer Lewis Capaldi, as well as creators Behzinga and Calfreezy.

You’ll be unsurprised to hear that the young student also has an entrepreneurial spirit and has started selling his own merchandise, as well as scoring himself some collaborations with brands such as Sweetie Tooth.

In March, Ollie’s account @ollieball12 was unexpectedly deleted and fans were left bereft and he set up another, @ollie_ball_the_wall. Luckily the originally one has recently been restored, and you can also catch Ollie and Jacob over on Youtube.

With TikTok being the springboard for many Gen-Zers into stardom, we can’t help but think this may not be the last we see of Ollie.