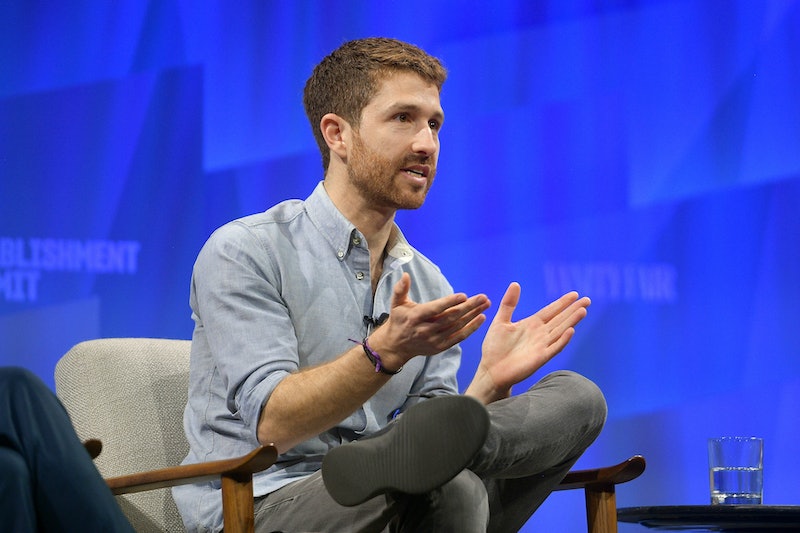 Be honest: how much time do you spend on your phone? Recent data reports that the average US adult will spend 2 hours, 55 minute per day. But just how healthy is that for you? Such is the question brought before experts on Netflix's documentary, The Social Dilemma. Tristan Harris, a veteran in the tech industry is on of the predominant experts in the film — and according to Harris, you should be very worried about your technology use.

Harris, a San Francisco native, studied computer science at Stanford while also interning at Apple. According to Distractify, Harris created the now-common "Spotlight for Help" feature — otherwise known as the "magnifying glass" search — as seen on many MacOS-based operating systems.

After earning his bachelor's degree, Harris started a masters program in "the psychology of behavior change," again at Stanford as part of experimental psychologist B.J. Fogg's Persuasive Techology Lab, per The Atlantic. But Harris didn't stay in the program long. While in school, Harris founded Apture: a service that allowed blogs and news sites to pop-up additional information over their articles in order to provide facts or insights where they might not be able to fit into the body of the work. The company became so successful that Harris sold Apture to Google in 2011, leaving Stanford behind to join the tech giant as well, as Tech Crunch reports.

At Google, Harris served as a design ethicist and product philosopher studying the way screen applications affect users in terms of their behavior, patterns, connections, and overall health or attitude, according to Pop Sugar. As The Atlantic reports, it was in this role that Harris became increasingly concerned about the long lasting effects of screen applications. So much so that after a trip to Burning Man he created a 144-slide Google Slide presentation titled, "A Call to Minimize Distraction & Respect Users’ Attention." The thoughts and philosophies he shared in the presentation about being more mindful and intentional with our technology use would lead him to start what he calls the Time Well Spent movement after leaving Google.

Today, Harris still runs and works on Time Well Spent. He also co-founded the Center for Humane Technology, where he also serves as its president.