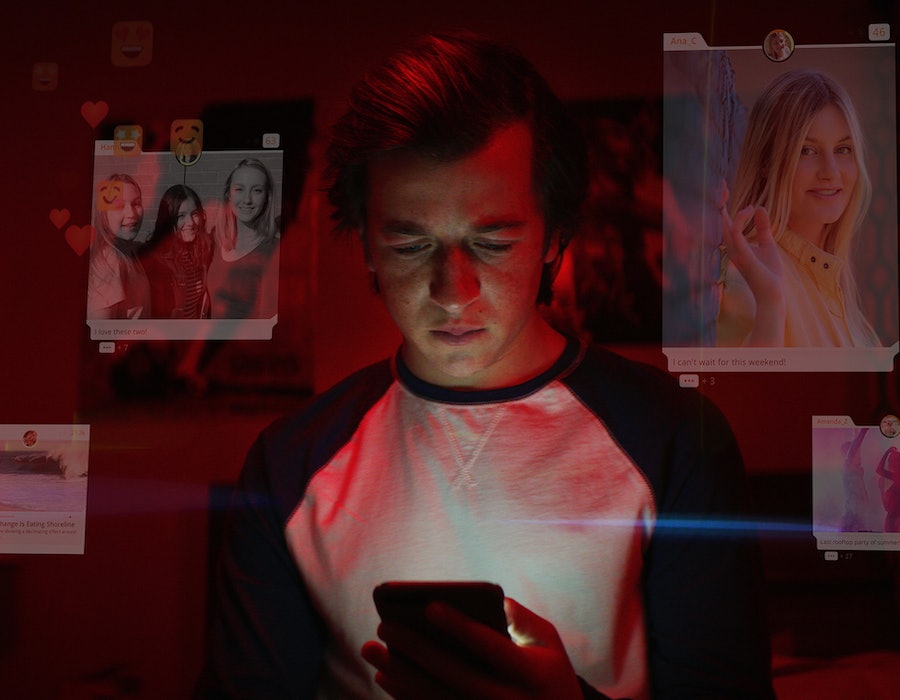 One may think that the last thing anyone wants to watch in 2020 is a film that reveals the terrifying truths behind social media — something we use everyday, often as a escapist comfort. And yet, people can't get enough of Netflix's new documentary about how Facebook, Instagram, etc, have infiltrated our lives. In fact, even celebrities are loving Netflix's The Social Dilemma, so much so that they've been telling fans to go press play right this second... on Twitter and Facebook.

The Social Dilemma explores the 21st century rise of social media and its drastic effects on society, including its impact on users' mental health (specifically among teens), and how people use networks to spread false conspiracy theories and dangerous ideologies. There's even exploration of claims that social networks like Facebook and Twitter are specifically designed to be addictive and exploit users for financial gain.

The doc, which has been listed among Netflix's Top 10 most viewed programs since its Sept. 9 release, contains a mixture of drama and critical insight, courtesy of key figures in important social media networks, like Google design ethicist Tristan Harris, former Pinterest president Tim Kendall, and Facebook "Like" button co-creator Justin Rosenstein. It also includes dramatized re-enactments, courtesy of actors including Booksmart's Skyler Gisondo and Mad Men actor Vincent Kartheiser, which have also been the subject of ridicule on, well, social media.

Celebrities ranging from Alyssa Milano to Game of Thrones author George R.R. Martin have raved about the movie, with Seth MacFarlane calling it "probably the most timely and relevant documentary you’ll watch this year." (Though he admitted it was a bit "overblown" and "over-dramatized.") The Office star Rainn Wilson called The Social Dilemma "life-changing, important and mind-blowing" (while acknowledging the irony of saying that on Twitter). And Milano simply asked her followers to watch the doc. "That's it," she wrote. "That's the tweet."

"I do think the social media is having terrible effects on our society on political discourse, on journalism, on the fabric of our democracy itself," Martin wrote in a blog post, urging fans to see the film. "But I do not think I ever realized how bad it was until I saw this doc." The film, which Martin also called scarier than "any horror movie" of the past 20 years, frightened him so much, he ended his blog post sounding like Jon Snow surrounded by walkers north of the Wall: "I do hope we can find our way out. But I am pessimistic."