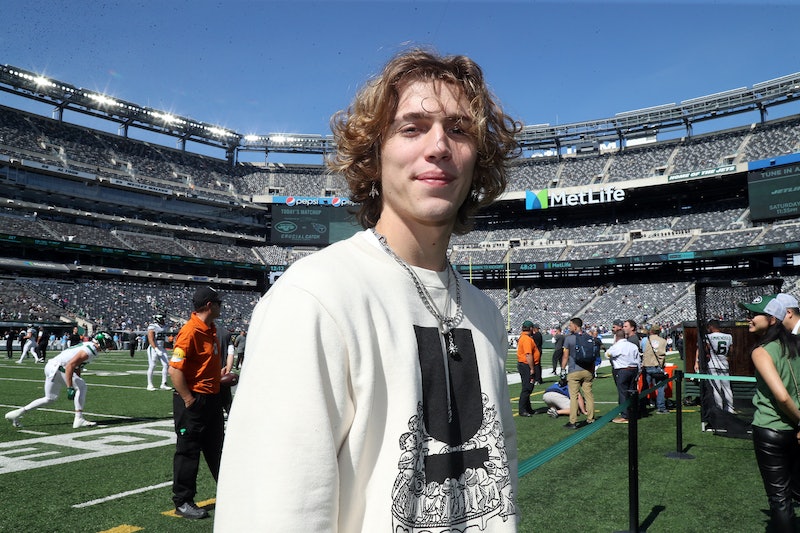 Netflix’s new reality series Hype House follows several members of the Hype House, a collective of social media influencers who all live in a Los Angeles mansion and create content together. The group of teenagers and early 20-somethings was established in late 2019 as a sort of incubator for TikTok stars, and its membership has shifted and changed countless times since then.

One of the newest members of Hype House is 19-year-old Vinnie Hacker, who joined the collective in January 2021. At the time, he was an aspiring model with a smaller TikTok following than some of his peers, but since then his reach and platform has grown tremendously.

Vinnie, who was born in Seattle, isn’t the only TikToker in his family: His younger brother Reggie also has 154,000 followers on his account @reggieisahacker, though he posts much less regularly than Vinnie. The Hacker brothers’ mom Maria is a 911 operator, and their dad is an electrician. Although his family members occasionally appear in TikToks or Instagram posts, Hacker seems to be relatively private about his personal life.

Currently, he doesn’t appear to have a girlfriend, but it’s also possible he’d choose to keep his relationship offline after multiple instances of his fans harassing women who he was dating or even just rumored to be dating.

Outside of TikTok, Hacker is signed to the Seattle-based modeling agency SMG Models. He’s also an up-and-coming boxer who first garnered attention for his skills in the ring after beating YouTuber Deji in the June 2021 ‘Battle of the Platforms’ tournament, which pitted TikTokers and YouTubers against each other.

On top of that, Hacker has a clothing brand called Purgatory that features items including baseball caps, t-shirts, and sweatshirts. A recent Instagram post revealed that the brand is planning to hosting their first pop-up shop this month.

On TikTok, Hacker is best known for his selfie-style lip-syncing videos — many of which are also thirst traps — and has accumulated 12.8 million followers on the platform. He also shares videos with his friends and of his various tattoos.

On Instagram, Hacker has 5 million followers and often posts selfies, modeling shots, and pictures of him out and about with his friends. It’s clear that the TikToker also has a passion for cars, as he regularly shares photos of himself with or working on them.

Hacker has accumulated smaller followings on his YouTube and Twitter accounts, and is especially active on Twitter. He’s also a gamer who regularly streams his sessions on his Twitch account, where he has 701,000 followers.