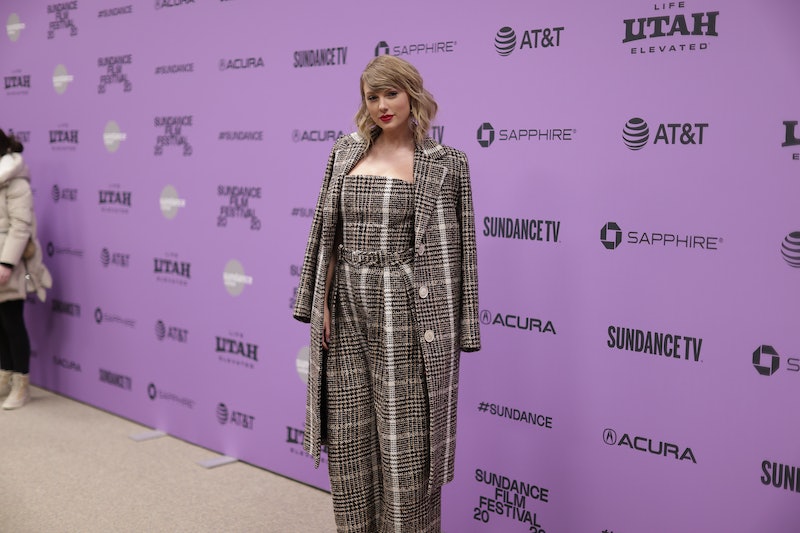 The sudden announcement of a surprise Taylor Swift album dropping this week put fans in a frenzy. Folklore, Swift's eighth studio album, is quieter and more minimal than past albums, and has already received positive reviews from fans and critics alike. With 16 songs there's plenty to parse and analyze, but fans have honed in on Swift's Instagram announcement where she shared that she worked with some "musical heroes" of hers on the record. Famous musicians and producers like Bon Iver and Aaron Dessner, among others, were thanked for their help on Swift's indie folk album. But there was one name that stood out among them all for how unknown it was: William Bowery. So who is William Bowery? Based on how mysterious he seems to be, some fans think it's a pseudonym.

Swift thanks Bowery for co-writing two songs with her, "Betty" and "Exile." A quick internet search reveals William Bowery isn't a known singer, songwriter, or producer, which only supports fans suspicions. While there's several suggestions floating around — including that Bowery is folk legend Joni Mitchell, fellow singer songwriter and Swift's friend Lorde, or even Swift's younger brother Austin — the one idea that's gained the most traction is that Bowery is Swift's boyfriend, Joe Alwyn.

There's a lot going for the theory, starting with the fact Alwyn's great-grandfather, a composer and music teacher, was named William Alwyn. Not only would that explain the first name, but it shows Joe has a familial history and familiarity with music. Swift and Alwyn have kept their relationship pretty private — after all, no one knew they were even dating for a full year — but internet sleuths peg the couple's first date be part of a girls' night out at New York City's infamous Bowery Hotel. Hence, the last name Bowery. There's also an alleged connection between Alwyn and the song "Betty" itself. While the song's already rumored to reveal the name of Blake Lively and Ryan Reynolds' third child, fans have noted Betty can be short for Elizabeth... which happens to be Alwyn's mother's name.

There's no shortage of conspiracy theories abounding around Swift's album, with Taylor herself helping fuel the fire. "One thing I did purposely on this album was put the Easter eggs in the lyrics, more than just the videos. I created character arcs and recurring themes that map out who is singing about who," she hinted in a YouTube chat about the album drop. Whether she'll ever reveal who her co-collaborator really is, remains to be seen.