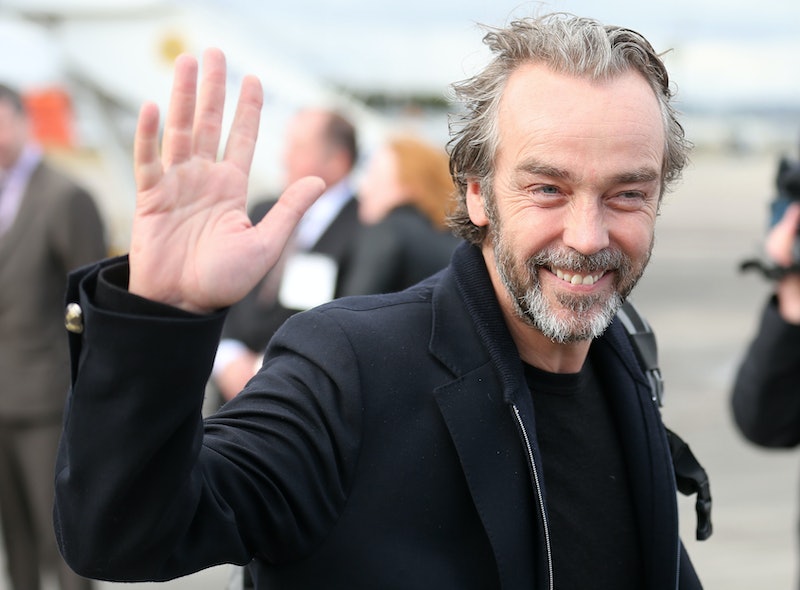 Though he doesn't make a physical appearance, Marvel’s Agents Of S.H.I.E.L.D. John Hannah will lend his dulcet tones to the film. The legendary Scottish actor is best known for his roles in Four Weddings And A Funeral and The Mummy Trilogy, as well as recent starring roles across film and TV. Hannah is currently starring in the Canadian medical drama series Transplant on Sky Witness, where he plays Dr. Jed Bishop, "the gruff but compassionate" head of the emergency department at York Memorial.

For The Tail Of A Curious Mouse, Hannah joins a stellar cast of UK actors, including Bill Bailey, Jessica Hynes, Rob Brydon, and Alison Steadman, in the retelling of this magical story about following your dreams. And, the one-off film looks incredibly uplifting.

As Bustle describes, the film is based on a real-life meeting that took place — although, it's unclear of course just how much of Dahl's "journey" was a reality.

Young Dahl (played by Harry Tayler) was a huge fan of The Tales Of Peter Rabbit author. Beatrix Potter was reportedly in her eighties when she met the then six-year-old Dahl, who had just lost his father and sister. Potter was also dealing with some hardships herself, it is said, as she was losing her eyesight as well as the motivation to write.

From the looks of the trailer, young Dahl manages to inspire a bit of magic in Beatrix's life during their encounter — and we can't wait to watch.

Roald & Beatrix: The Tail of the Curious Mouse airs on Sky One at 8.15pm on Christmas Eve.