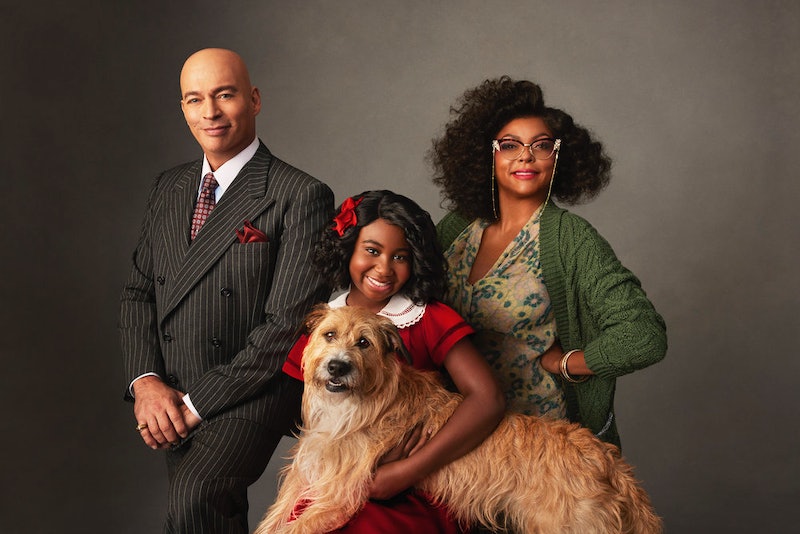 NBC’s latest televised musical Annie Live! will give a fresh take on the 45-year-old musical when it airs live on Dec. 2. Atlanta native Celina Smith is taking on the coveted role of Annie for Annie Live!, starring alongside Taraji P. Henson as Miss Hannigan, Nicole Scherzinger as Grace Ferrell, Burgess as Rooster, and Harry Connick Jr. (in a bald cap) as Daddy Warbucks. While this may be her first high-profile TV role, 12-year-old Smith earned the part because of her theater experience.

Smith started in the entertainment business when she was just seven years old, taking performing arts classes with AGI Entertainment in her hometown of Marietta, Georgia, according to US Weekly. Now, she’s performed all across the U.S. as part of the national touring company of The Lion King, playing Young Nala in the beloved stage production.

This onstage experience helped her become a hit during this year’s Macy’s Thanksgiving Day Parade on Nov. 25, where she gave viewers a show-stopping preview of Annie Live!

Smith also stars on the Nickelodeon sitcom Tyler Perry’s Young Dylan, which earned her a Young Artist Academy Award nomination for best recurring actor on a TV show. And in case you needed any more proof that she’s a triple threat, Smith is also an aspiring singer. She has her own YouTube channel, where she’s posted covers of Billie Eilish’s “My Future” and Meghan Trainor’s “Hurt Me.”

Taking on the iconic role of Annie, Smith joins the ranks of Quvenzhané Wallis in the 2015 film, Aileen Quinn in the beloved 1982 film, Sarah Jessica Parker in the Broadway production in 1979, and Andrea McArdle, who originated the role in 1977 in the seven-time Tony Award-winning Broadway musical. McArdle was slated to appear in NBC’s Annie Live! as Eleanor Roosevelt, but she had to drop out due to her father’s illness.

“It’s an honor to follow in the footsteps of the talented young ladies who have played Annie before me and I can’t wait to start this journey,” Smith said in a statement.

According to PEOPLE, NBC posted an open casting call looking for a “young future star” with “a heart of gold, an excellent voice with a strong high belt, great comedic timing and excellent dance skills.” Smith had to audition multiple times before landing the part. “Well first, we sent in a tape,” she recalled on Today about the audition process. “Then, I got a callback. So then we sent in more tapes and more tapes, and then, we got the news that I got the part.” Now, she’ll be singing Annie’s most iconic songs, like “Tomorrow” and “It’s A Hard Knock Life,” to a national TV audience.