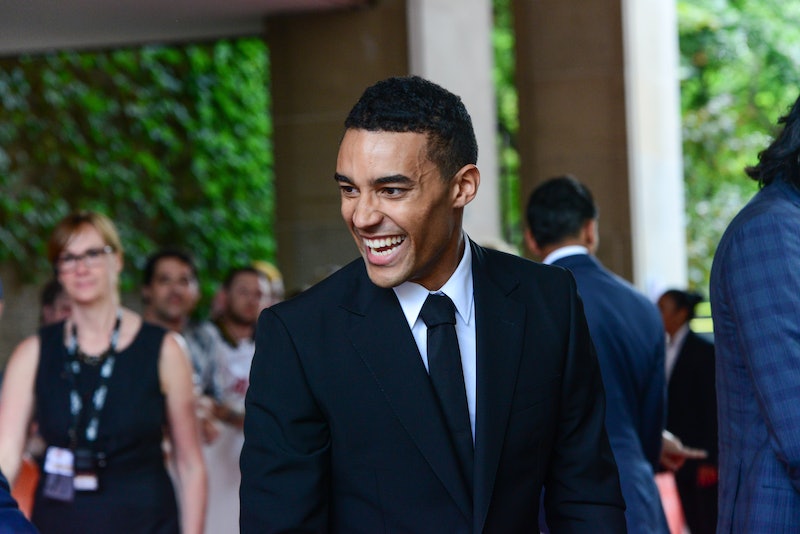 Netflix's new fantasy series Cursed offers a female-focused twist on Arthurian legend, following the future Lady of the Lake, Nimue. At the beginning of the series, Nimue meets an upstart mercenary named Arthur. Arthur appears to be a helpful companion and potential love interest for Nimue. But who plays Arthur in Cursed? Australian actor Devon Terrell portrays the infamous king before he became the legendary figure we normally think of.

Terrell's breakthrough role was portraying a young Barack Obama in the 2016 Netflix biopic, Barry. Back in 1981, before Obama became president, he was a young man living in Harlem, going to Columbia, and not quite feeling at home in either world. "He's been through this whirlwind at a young age and he's just kind of lost," Terrell told Harper's Bazaar of the role. "Everything about him was very different from the man we know today." Terrell spent weeks studying Obama's mannerisms and sitting on Columbia University's campus, trying to get a sense of the president. And aside from Barry, Terrell has only appeared in a handful of projects including Ophelia and The Professor.

Now Terrell is dipping his toes in the fantasy genre — a genre known for its rabid and highly vocal fans. Which has its pros and cons. “I understand that some people might have backlash about a person of color playing the role," Terrell told Radio Times. “But also those people need to educate themselves that the character is a mythic legend. There’s stories about him possibly being a bear, or a lion!” Terrell knows what he's talking about as the actor did copious amounts of research and reading to understand the famous king.

The Arthur of Cursed is far from a grand ruler of a realm; he's a humble mercenary in a sidekick role to Nimue. But it's a fresh take on the popular king, one that exposes the softer underbelly.

More like this
Netflix Shut Down 'Bridgerton' S3 Rumours About A “Very Dark” Storyline
By Bustle
'Wednesday' Star Emma Myers Thinks A Wenclair Storyline Is “Possible” In Season 2
By Alyssa Lapid
Ashton Kutcher Wants Danny Masterson “To Be Found Innocent” In Rape Retrial
By Jake Viswanath
'The Queen’s Gambit' Season 2 Tweet Wasn’t From Anya Taylor-Joy
By Mary Kate McGrath, Jack Irvin and Grace Wehniainen
Get Even More From Bustle — Sign Up For The Newsletter
From hair trends to relationship advice, our daily newsletter has everything you need to sound like a person who’s on TikTok, even if you aren’t.